When to Watch Bleach Movies ? (In Chronological Order) 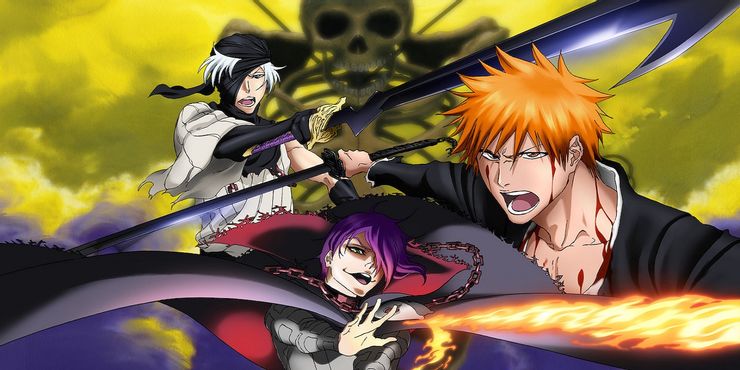 Bleach is a manga/anime series that has since grown into an entire franchise of its own, including movies, OVAs and many other specials and mangas that make it one of the biggest entertainment franchises in Japan. In fact, Bleach has grown to such an extent that it is now included in the top 10 animes of all time, in various Japanese publications. The fact that it is in its 16th season right now only adds to the longevity of this concept, and the incredible story that compels more and more people to watch it and get hooked. So, considering that Bleach also has a couple of movies out, and the fact that they follow a story arc that is relevant to the overall timeline, your question could be: when should I watch the Bleach movies? And how many Bleach movies are there, actually?

How Many Bleach Movies Are There?

In terms of distinct movies with no relation to the anime series, many hardcore fans agree that only four movies to date have been made in the Bleach universe. They are listed below in the next section, according to their date of release.

The order by which you can watch Bleach movies is the same as their release dates, which means that if you were to follow the official timeline, you would start by watching Memories of Nobody, then The Diamond Dust Rebellion, followed by Fade to Black, and end it by watching the Hell Verse. This is the official continuity of the Bleach movies. The number of episodes in the anime version of Bleach universe is quite huge. With anime based on the same story, it is quite difficult to figure out the chronological order in which the movies should be watched. People who are just diving into the world of Bleach may find it difficult to figure out the order to watch the Bleach movie and the anime series. But before we look into that, these are the names of Bleach movies in chronological order:

When to Watch Bleach Movies?

When you enter the world of Bleach movies, things can seem a little complicated. There is a whole timeline and story happening in the movies, which may not align with the series episodes. Even though the movies are standalone and do not have any correlation with the anime, there are a few spoilers here and there that can ruin the series for you.

If you are avid follower of the anime and have not finished all the episodes then before you watch the Bleach movies, it is important to be mindful of the following episodes before giving the movies a go:

Once again, it is mentioned that if you have not or are not interested in watching the whole anime series, then you do not need to worry. The movies are not entirely co-related with the series and can be watched completely on their own.

1) Bleach the Movie: Memories of Nobody

Bleach the Movie: Memories of Nobody follows a mysterious Soul Reaper by the name of Senna, who the protagonist first encounters in a local park after Ichigo defeats a bunch of ghosts that threaten the calm and sanctity of the park. Upon their first encounter, Senna defeats a bunch of ghost-like apparitions with ease, causing the Soul Reaper pair to question her regarding the occurrence. After Senna’s reluctance to share, she departs, and the two go to the Soul Society for some more answers.

There, they are told of the existence of several different types of souls, including the Blanks, who gang together to form the Shinenju. The Shinenju, in turn, form the Valley of Screams, which is not supposed to collide with the human world but is doing so, nonetheless, which leads them to believe that somebody is doing so deliberately. In their process of uncovering the truth, they realize that the human world is in great danger unless somebody can stop it from collapsing into the Valley of Screams, to which Senna sacrifices herself to stop it from happening.

The end is poignant, as Ichigo falsely leads her to believe that she once had a life, letting her end peacefully and in a content manner. Post-credits, we see Ichigo walk a bridge as a red ribbon (that he’d previously bought for Senna) falls down from the sky and an apparition of her runs past him.

This is one of the best movies in the whole saga. There are a few plot-holes here and there but it is more than enjoyable. All the characters from the anime series are a part of this movie as well. This is why Bleach: Memories of Nobody is considered the most relevant and accurate series of the whole anime series. Even the fans of the series seem to have little to no objections to the first part of the Bleach movie.

2) Bleach the Movie: The DiamondDust Rebellion

The DiamondDust Rebellion follows the classic story arc, wherein the captain of a team of Soul Reapers, Toshiro Hitsugaya, is framed for treason, when he watches a familiar Soul Reaper attack his team to steal the King’s Seal, which is an artifact to be protected at all costs. When Hitsugaya abandons his team to follow and attack Sojiro Kusaka (the familiar figure), the act is mistaken for him abandoning the Seal, and the Soul Society orders his immediate capture, and puts the whole team in house arrest.

Things further compound for the worst when Kusaka attacks another Soul Society captain, using a sword with the same powers as the one that Hitsugaya wields, causing the society to order his execution. Hitsugaya reveals the story to Ichigo, telling him that Kusaka is a Hollow reborn after getting defeated and is seeking the Seal to exact revenge on the Soul Society. The two fight again, and the fight begins to tilt in favor of Kusaka after he breaks the Seal and morphs into a giant dragon. However, Hitsugaya manages to defeat him, and after everything is explained to the Soul Society, he is cleared of the crimes. Sometime later, Ichigo visits the grave of Kusaka.

Toshiro Hitsugaya is a cherished character in the Bleach universe. This is obvious from the fact that the whole plot of Bleach Movie 2: The DiamondDust Rebellion revolves around him. There are major character flaws and differences from the anime throughout the whole movie but if you can overlook those, then it is pretty good and enjoyable. The character arc of Toshiro Hitsugaya is interesting and the villain’s storyline is portrayed in an acceptable manner. Overall, this movie is gratifying to watch.

3) Bleach the Movie: Fade to Black

The name is apt for this movie, because in Fade to Black, two mysterious figures, revealed later to be siblings, attack a Soul Reaper scientist with a sword that has memory-erasing properties, causing him to lose his memories and knock over a machine that incapacitates most of the Soul Reapers. They then attack Rukia with the same sword, causing her to lose her memories as well, and take her to another place.

What follows is Ichigo’s attempts to reconnect with the other Soul Reapers, who’ve forgotten about him and consider him hostile. However, after a lengthy battle with the siblings, during which both of them are gravely injured and reveal their true identities, they manage to revert the memories and the overall damage the two have caused. Sometime later, as Rukia and Ichigo go to a shrine, she is reminded that the siblings were most likely childhood friends who died during adolescence due to poverty, and that they would always be remembered.

Bleach the Movie: Fade to Black is filled with clichés and plot holes. From the beginning of this movie, you receive a lot of plot-filling vibes. The overall entertainment value was quite low and quite unexpected by the fans. They had high hopes that were crushed with this movie. There is no appearance of Ichigo throughout the movie which is a real downer for his fans. The characters and plot resembles the previous ones too much which can make it a bit redundant and boring to see. Ardent fans of the universe enjoyed the movie, nonetheless. If you just happen to be one of those people, then you may watch Bleach the Movie: Fade to Black with full enthusiasm.

Bleach: Hell Verse follows Ichigo and Rukia as they investigate a series of disturbances in Hell, and come to know about Kokuto, who breaks the gates of Hell and kidnaps Karin and Yuzu, sisters of Ichigo. The rest of the movie follows the protagonist as he tries to enter Hell and confront Kokuto, who is incredibly powerful and recover his sisters and shut down the gates of Hell since they are a constant source of issues for the human world.

If you are a fan of movies that consistently show a match between “the brains” and “the brawn”, then you will absolutely love this movie as well. However, for most people and the die-hard fans of this universe, Bleach the Movie: Hell Verse was a major disappointment. The story is filled with plot holes and is once again repetitive. The characters are good enough but the theme is similar to old ones which makes the overall movie very predictable and straightforward. The animation is great, the soundtracks are awesome, but it gets boring if you have seen the other movies before!

Despite some controversies in the plot of the movies as well as fans dissatisfaction, they are popular on their own, so much so that their creation studio, Toho, published one film after another in four consecutive years. The last two movies did not receive the desired reception from the audience but this comes as no surprise. This is because of the obvious redundancy in the plot line of the movies.

Nonetheless, some die-hard fans out there in the world defend their beloved world of Bleach movies and anime at all times. The chronological order of the bleach movies plays a vital role in both its world building and character development. You must thoroughly understand which Bleach movie to watch and when to watch it because otherwise you will miss many important concepts and fail to understand the complete story. Hopefully, this article can give you a straightforward guideline on when to watch the bleach movies, in what order, along with a brief introduction to the timeline of the whole world and events that are happening in each movie.