Meat processing has been an industrialized sector since the recent decades, which is offering a cost benefit to consumers. Since beef and other meat products cost nearly half of what they used to in the last century, industrialization of meat processing will remain the most sought after advantage over the years to come. However, the scenario has also been responsible for imposing pressure on the animal husbandry industry to produce an increased number of animals under a shorter timeframe. This has been beneficial for feed additives such as feed phosphates. Feed phosphate allows animal rearers to achieve the desired animal weight faster and more efficiently than by using traditional nutritional supplements. 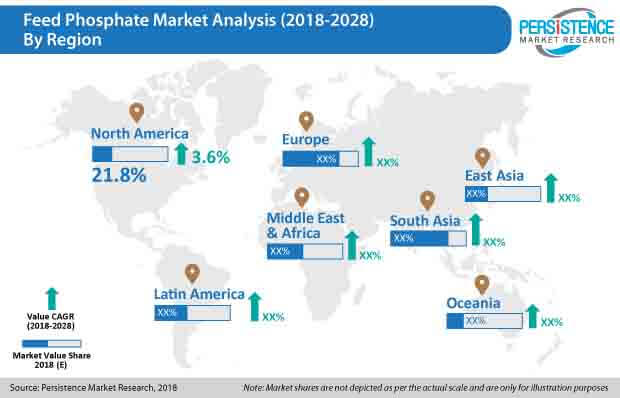 In the global feed phosphate market, North America and East Asia prove to be prominent regions in terms of market value and volume. However, East Asia and South Asia are regions that hold the most promising opportunities for growth, with CAGRs of 4.0% and 3.3%, respectively. This can be attributed to the increasing and efficient animal husbandry practices in these regions, and also the increasing compound feed production.