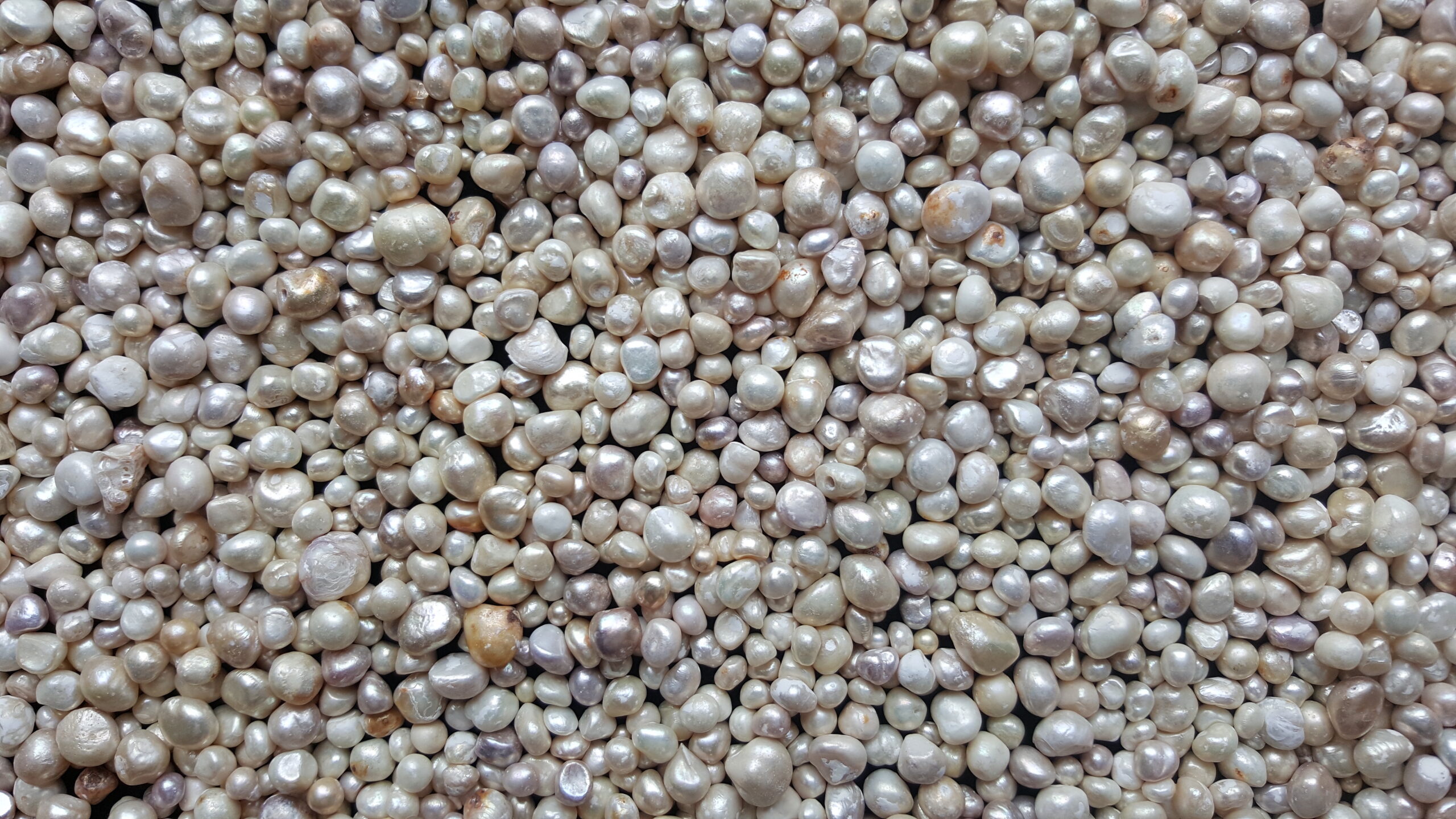 The Columbus Pearls have been conclusively linked to the third voyage of Christopher Columbus, establishing them as a rare historical treasure.

11 October 2021 – New York, NY – GUINNESS WORLD RECORDS®, known for its annual reference book listing world records and the extremes of the natural world, certified and recorded the largest collection of pearls ever discovered during a 45-minute live-streamed event on June 14, 2021, in New York City. The counting was performed and witnessed by gemologists and appraisers Barry S. Block and Antoinette L. Matlins. 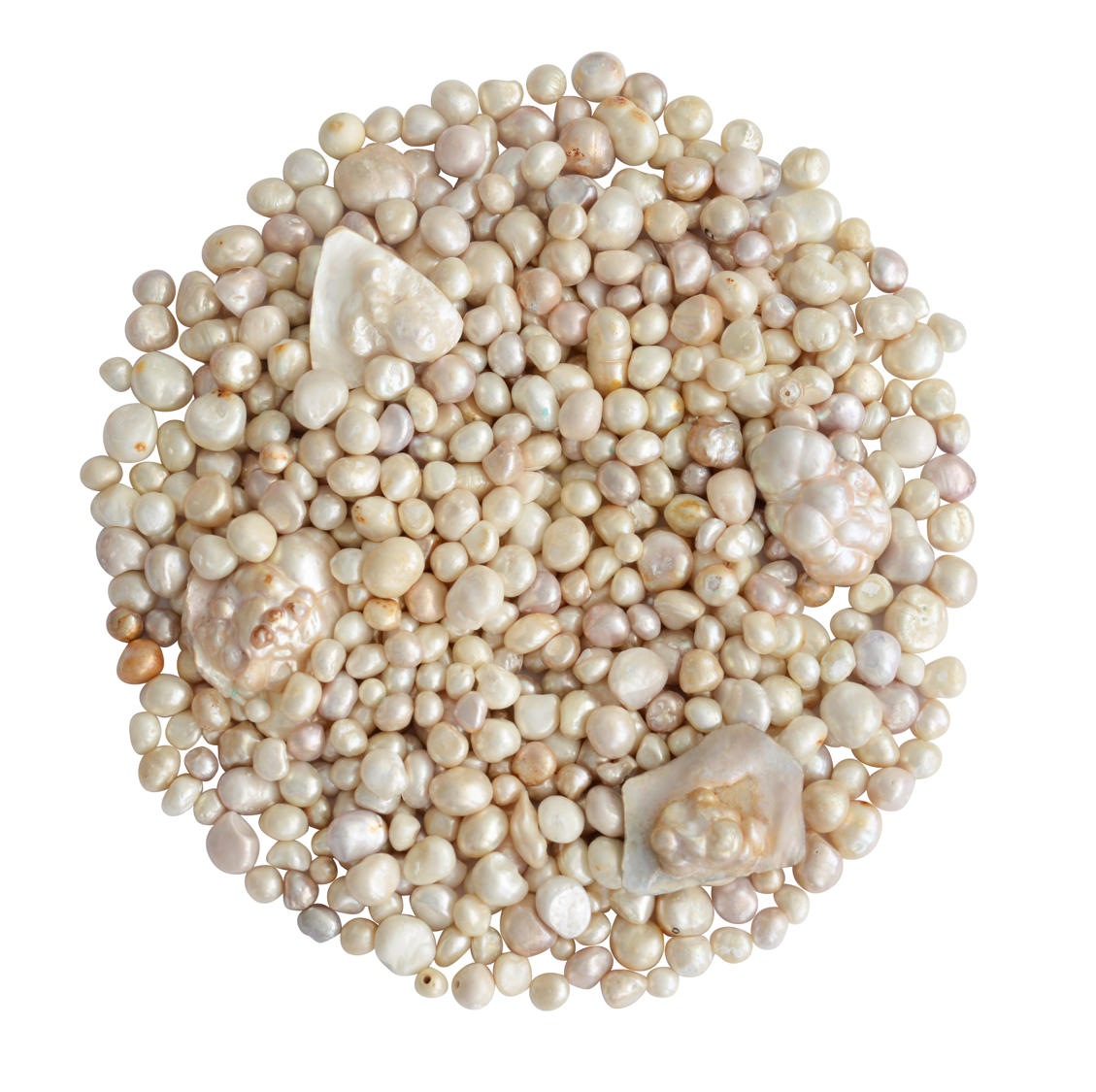 A rare collection, The Columbus Pearls® are the world’s oldest and largest natural saltwater pearl treasure ever discovered. Their impact is incalculable – these are the “riches” that captured the attention of England’s Queen Elizabeth I and Spain’s Queen Isabela I of Castile, leading to the development of the New World!

Estimated to be approximately 500 to 550 years old, the 2,392 pearls in the collection have a geographical connection to the Caribbean that ties them directly to Christopher Columbus and his arrival on the American continent. Carbon dating testing has conclusively established that the pearls originated from the time of Columbus and are of the same type and variety as those from Caribbean mollusks that were unique to the Caribbean and from within an area near the coasts of Guyana and Panama that Columbus frequented.

“No transformation to calcite was observed externally,” remarked Dr. Kenneth Scarratt, a notable British gemologist, pearl expert, and authority on the British crown jewels. Among many published articles, he also co-authored the book: “The History of the Coronation Regalia in the Jewel House of the Tower of London”: “Many larger, and some smaller, pearls revealed multiple growth structures. Chemical analysis of the samples confirmed their saltwater origins, and macroscopic, spectroscopic, and luminescence data suggest that most of the pearls are likely from the same Caribbean mollusks,” he added. 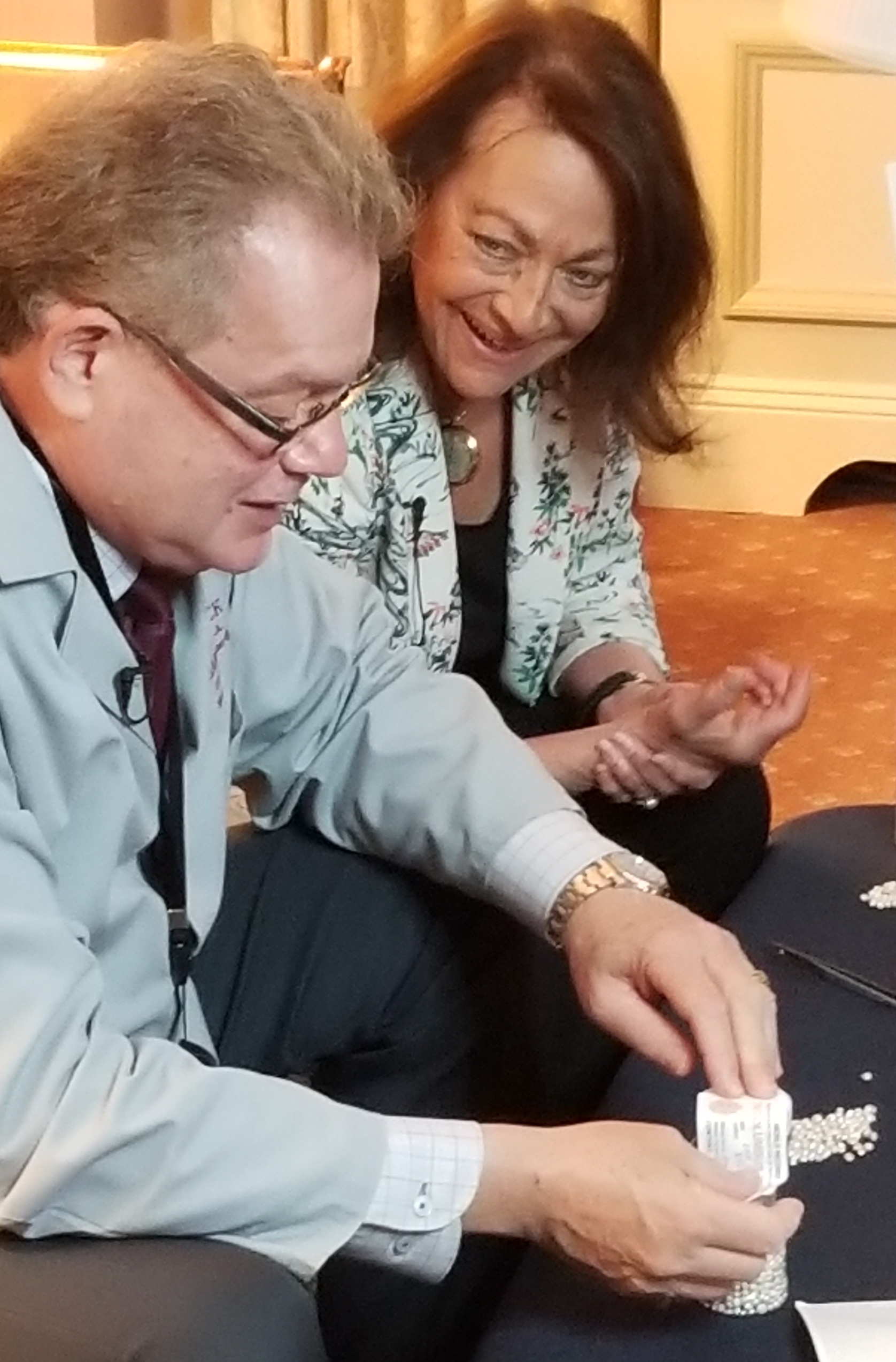 Gary L. Smith, Forensic Gemologist® / Forensic Jeweler, Master Gemologist Appraiser®, who not only examined and tested several of the The Columbus Pearls®, but after doing so, expressed the following: ”In my experience dealing with ancient artifacts and jewelry for over half a century as a forensic expert, gemologist and appraiser, I have had opportunity to examine numerous ancient pearl items from various excavations and collections. The Columbus Pearls® Collection is unique in several aspects as the sheer number, quality and age is beyond anything I have ever examined.

The majority of other ancient pearls are highly calcified with little or no nacreous surface, whereas many of these are in incredible condition for their age”.

“It has been confirmed that The Columbus Pearls® date from the time of Christopher Columbus, and they have been identified as a type produced by a mollusk unique to the Caribbean within an area from the coast of Guyana to Panama,” added Antoinette L. Matlins, PG, FGA, who has appeared on ABC, CNN, NBC, Oprah, CNBC and other media, author of “The Pearl Book”. “Pearls were regarded in Columbus’ time as the rarest and most valuable of all things, the most sought-after possession by which one’s wealth and power would be recognized on the world stage”. Matlins thinks the discovery of pearls in the New World was the primary motivation for Elizabeth and Isabela—it offered a chance to fulfil the dream of  conquering and ruling a land of such riches that their name and power would be remembered for eternity!” And history seems to bear witness to that reality! The Columbus Pearls® are a beautiful reminder of this exciting chapter in world history!

Pearls of the same type and variety were discovered by Columbus during his third voyage to the Americas. They created instant wealth for the settlers and the rich oyster beds discovered improved Europe’s economy during the fifteenth and sixteenth century. Over 11 tons (fifty-four million carats) were exported to Europe between 1499 and 1540, reshaping the European economy and generating vast wealth for the Spanish Crown. During this time, the pearls were used as a commodity and for religious and gemological purposes, such as in stunning necklaces and other jewelry items. Pearls were also the first commodity used in the America’s.

The GUINNESS WORLD RECORDS® certification of the world’s “Largest Collection of Pearls Discovered” comes just ahead of Columbus Day, which on October 12, 2021, marks the 529-year anniversary of Columbus’ discovery of the Americas. The Columbus Pearls ® are allowing a new, modern generation to share in the fascinating journey of these pearls that changed the course of history and global economics. The 2,392-pearl collection is in extraordinarily good condition despite its age, and scientists have confirmed its exceptional condition and remarked that many of the pearls show luster and orient of gemological quality. 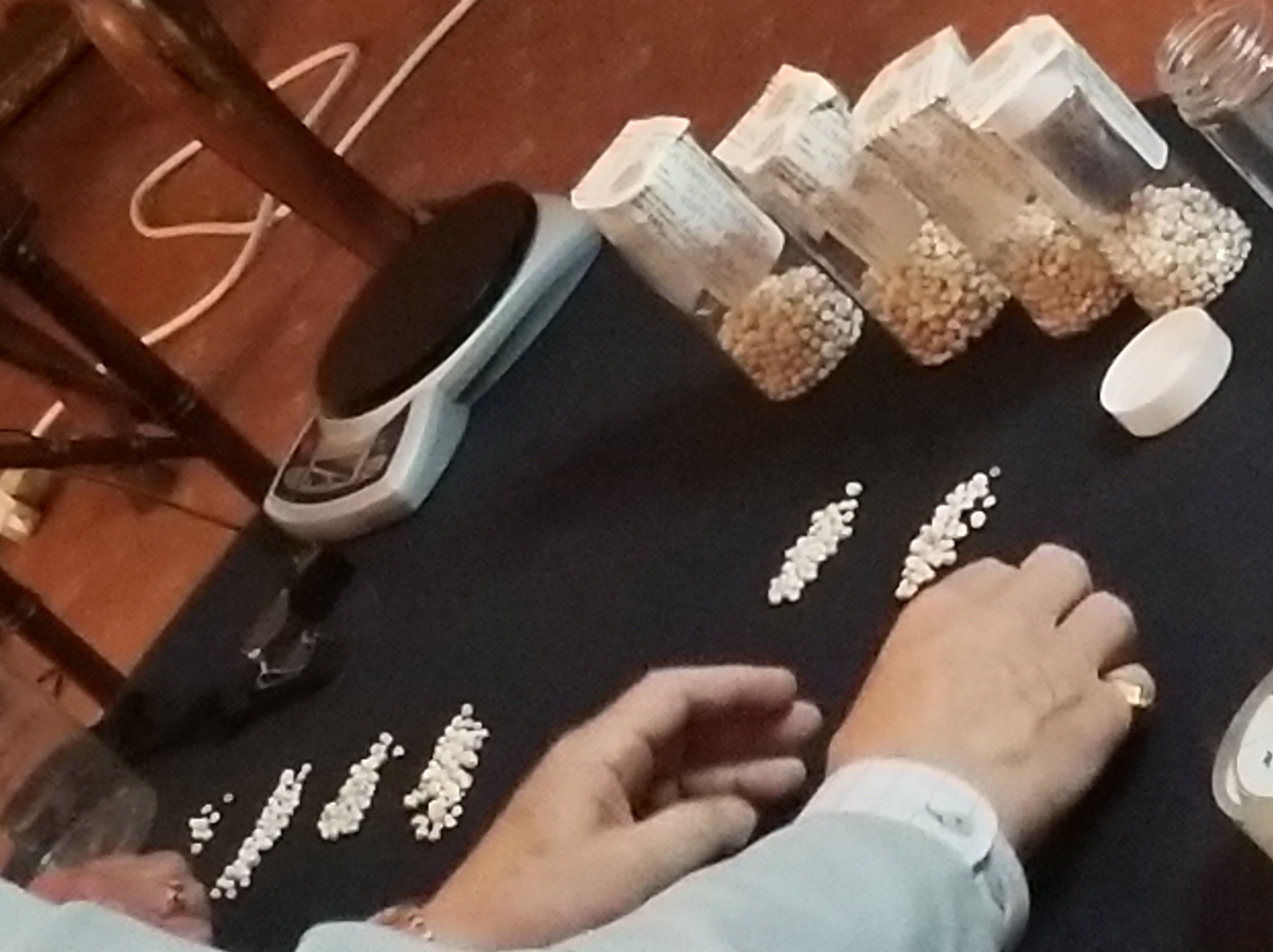 “Inspecting and counting The Columbus Pearls ® was a rare opportunity,” remarked Barry S. Block, a Master Gemologist Appraiser present at the live event on June 14, 2021, in New York City. “Being able to attest, view, and count this collection at the event is something I will forever treasure. It is amazing that it exists in such pristine condition,” he added

An exclusive tell-all book about their discovery and history is forthcoming. The book, “Secrets of the World’s Oldest Pearl Treasure – The Columbus Pearls,” will be published soon with free copies given to the first 50 people who pre-register online. The captivating story will offer readers a firsthand look at the pearls and their history, including the infamous direct connection to Columbus, his third voyage, and his arrival on the American continent. 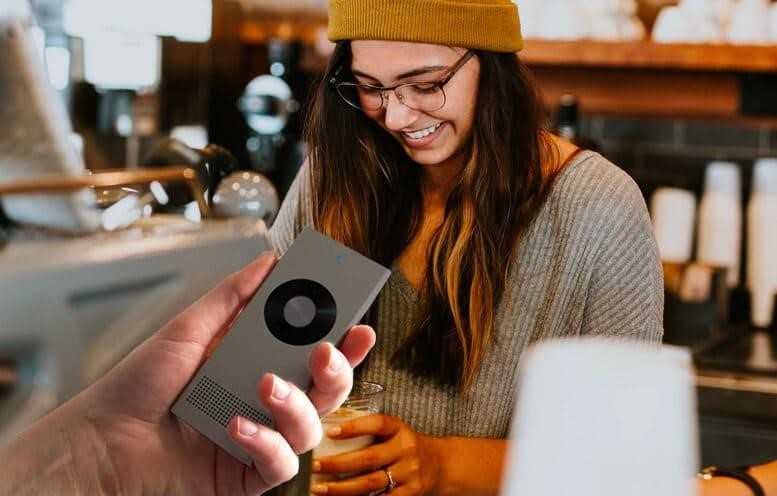 Do it Right the First Time: The perils of improper stumping and tree removal

How Long Do CBD Gummies Last?