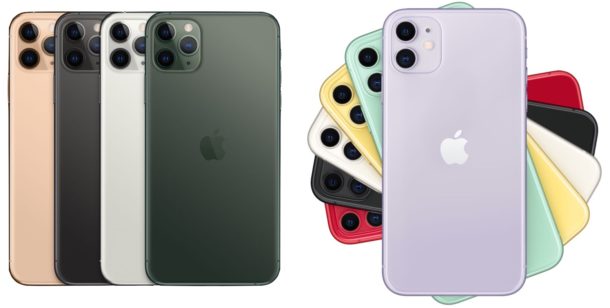 An iPhone’s security feels much like Excalibur; only the worthiest hacker can lay claim to such a feat as unlocking an iPhone that’s not supposed to be unlocked. That might be a euphemism for Apple’s focus on security and data encryption, but even Apple has its limitations. I mean they’re no BlackBerry, but Apple can come pretty close. That’s not to say that you can’t say, access the content on a locked iPhone. For all intents and purposes, you might’ve just bought the phone second-hand from your mate who’s now living in another country. And since he won’t share his password with you and neither can just bounce back to unlock your phone, so the only thing left is to resort to ‘ahem’ unconventional means. So, here’s the kicker: how to remove Find My iPhone activation lock without previous owner?

Now don’t get this wrong. This certainly does not imply that the device in question has been acquired through means that aren’t welcomed much. But there are times when such solutions become inevitable; much like the situation underlined above, you could suddenly find yourselves in the possession of an iPhone 12 Pro Max with the Find My iPhone engaged and locked. You might’ve bought the dream phone second-hand from someone and now you can’t sign in with your Apple ID because their account is blocking the entrance to Find My iPhone. Now that’s a legit scenario, right?

So, here’s a few solutions to the question: how to remove Find My iPhone activation lock without previous owner?

How to Remove Find My iPhone Activation Lock Without Previous Owner?

Well, there’s basically two steps that can ensure that the data you’ve accumulated over the time does not erase itself or the previous user’s data does not get lost to the safety measure Apple gives its user: erasing the memory of the whole iPhone.

Here’s a comprehensive guide on both the steps. Remember, this is for a legit purpose. No theft, no pickpocketing is involved in this guide and the hope is that the intent stays with the reader too.

Point 1: Software that hacks into the Apple device always clings on a chance because Apple is very keen on security and does not let third-parties betray the trust between an Apple customer and the Cupertino giant. However, paying a specialist is the more preferred option: these are certified technical experts who know AppleOS in and out; from a security standpoint, they are able to undermine a device’s security to the point that Find My iPhone goes redundant and you can use the device for yourself. They have an almost 100 per cent success rate and can break the defense of the device in a matter of days. From then on, the device can be yours. This goes further to prove the point that security is not guaranteed in this era; if a security nut like BlackBerry can muddle itself in some big-shot hacking attempts, you can rest easy knowing you iPhone can be unlocked.

However, do take this with a grain of salt, because these specialists can charge a pretty penny for that service. And they’re certainly not overcharging; hacking and bypassing security systems made by a formidable company like Apple is no walk in the park; it takes hours upon hours to successfully open one device and these experts are usually up to their neck in requests to unlock iPhones. So, expect a good amount to be paid upfront if you want that beautiful blue iPhone unlocked.

Point 2: You can always use an iCloud bypass to get past the security settings altogether and skip the whole pay a dime to the hacker thing. However, the most annoying thing about these methods is that half of them are scams that can then worsen the situation even more. The ones that do work are usually paid and require a hefty amount to be applied onto your phone. However, here’s an overview of this method.

An iCloud bypass is a very clever hack that allows you to get around the security on your device if it is locked. It works by setting up your device to use different software on it that helps circumnavigate the security system.

You don’t need a SIM card inserted to get an iCloud bypass to work as it uses Wi-Fi to connect. It is a little fiddly but this hack isn’t that difficult to do if you follow the written instructions below.

After you’ve done all that, you can do a bunch of things with your newly unlocked iPhone including,

Will the iCloud Bypass Always Work?

Nobody knows if it will always work, or id Apple is working to block this loophole. There are a few things that could happen to prevent this from working in the future, such as:

The companies that run the servers may shut them down

On the bright side, this tool has been working for a while and there are no rumours from Apple that they plan to block it. However, from their point of view, Apple wants to stop theft. Having this exploit allows stolen iPhones, iPads, and Apple Watches to be used – so they may be looking at ways to prevent this.

The people that run this service are also using a lot of resources to keep it running.

The first thing that’s suggested is to try a software known as Tenorshare 4MeKey. This software has been developed specifically for removing iCloud Activation Locks without either the Apple ID or password, making it a popular solution for this problem.

Follow these steps to remove Activation Lock without Previous Owner.

Step 1: Start by downloading and installing the Tenorshare 4MeKey software on your computer. Launch the program and connect your iPhone to the computer with a lightning cable.

Step 3: The next part of the process requires your iPhone to be jailbroken.

Windows – If you’re on a Windows computer, you will be given instructions on how to jailbreak your iPhone manually.

Step 4: Once the jailbreaking process is done, click the Next button and you’ll be shown information about your iPhone.

Step 5: Confirm that the information is correct and proceed by clicking Start Remove.

The removal will then commence and will take several minutes and once it’s complete, you should find that the iCloud Activation Lock has been removed. After you’ve done this, Tenorshare 4MeKey will have completely wiped the iPhone and by doing so, the previous owner’s Apple ID will be removed too.

Also Read: How to Screenshot On iPhone 11, 2 Different Methods

As great of a security feature as it is, the iCloud Activation Lock can become a burden in some instances. Its purpose is to prevent thieves from stealing your iPhone, wiping it, and selling it without running into any obstacles.

However, if you buy a second-hand iPhone and the previous owner doesn’t remove their account beforehand, this prevents you from signing in with your own Apple ID and using all the iCloud features.