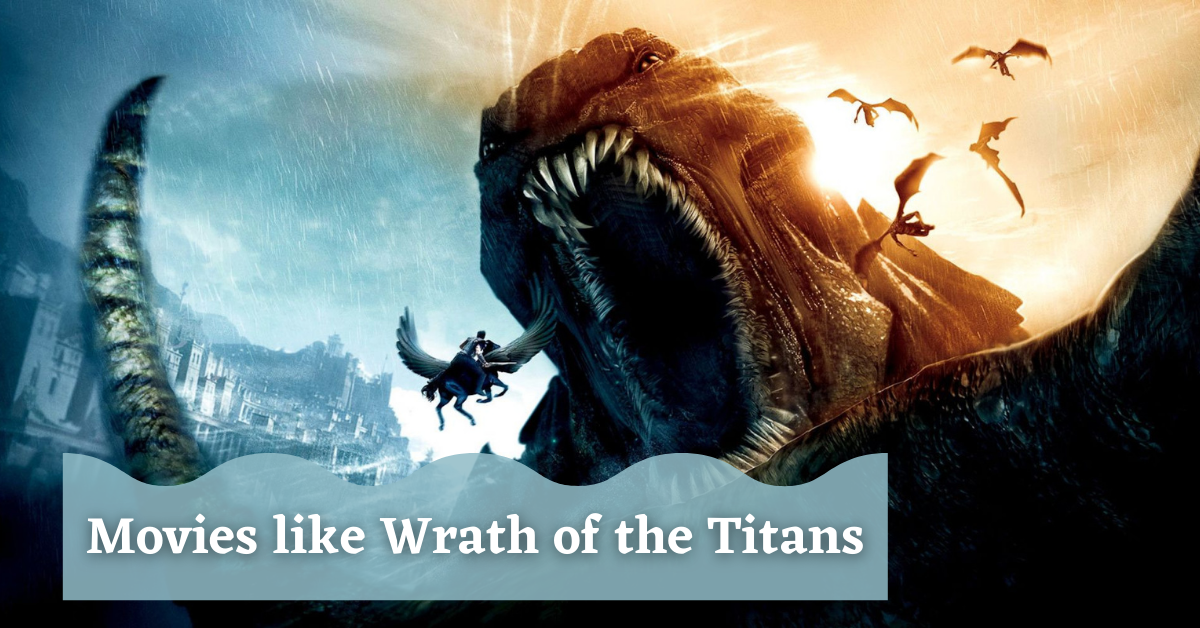 If you thought Greek mythology wasn’t murky and convoluted enough, here’s director Jonathan Liebesman with an ensemble cast including Sam Worthington, Liam Neeson, Rosamund Pike and Ralph Fiennes to try and make it easy for you, then fail and just make it a CGI confetti-bomb. Because Greek mythology is something that we reserve for the historians among us,

and when a movie gets made, people just have to go and see it. So, Wrath of the Titans takes the cake for being a movie nobody wanted and nobody asked, and yet it earned $302 million on a budget of $150 million. Funny how the world works, isn’t it?? So, if you liked the film and want more movies like Wrath of the Titans, here’s a definitive list of all movies that sound Homer and Shakespeare poetry being doled out in the form of snappy dialogues.

Made as a sequel to Clash of the Titans, the movie further builds on the story of the original one; after saving the gods from the titans, once again, Zeus approaches Perseus with the same issue as was with the previous movie; the people have stopped praying, rendering the gods like Zeus immortal and vulnerable to titans like Cronos, who could escape the walls of Tartarus. Initially Perseus refuses, citing the safety of his family.

However, when things take a turn for the worst, Perseus gets on board, but not before Zeus is betrayed by his two sons, Poseidon and Ares, who fight and imprison him. Poseidon gets mortally wounded, and as such, gives his trident to Perseus, who receives further armaments from the various gods to stop both Cronos and many other titans who have broken through Tartarus and are threatening to ruin the peace of Greece. He manages to kill them all once again, and at the end is seen convincing his family to be proud of their lineage, making this one of the movies like Clash of the Titans.

Of course, the first movie in this list would be the prequel to Wrath: in Clash of the Titans, we see a younger Perseus, at the start of his adventure, as once again, war threatens the realm of the gods.

War is declared against Zeus, and as they brace for war, Perseus’ family is killed, their boat capsizes and he is taken to a Greek god, who boasts of their campaign against Zeus.

Perseus now battles the Stygians and the witches sent on them, defeats them and kills many of the figures vying for control and trying to eliminate Zeus.

He kills all of them as Zeus brings Io back to life. the movie ends with Perseus denying offers of godhood twice, once from Zeus, preferring instead to live as a regular human. A movie similar to Wrath of the Titans considering it is the prequel.

Immortals, starring Henry Cavill, Luke Evans and Isabel Lucas, is yet another remake of the Greek historical epic story, albeit with what director Tarsem Singh calls ‘a Greek twist on Romeo and Juliet story’. The film once again dabbles with the Olympian hero story, this time, its Theseus, played by Cavill.

Theseus is a bastardized child of Zeus, whose mother had been raped by Zeus. Meanwhile, King Hyperion seeks the Epirus Bow that can free all the titans enslaved by the gods. His search for the bow leads him to destroy Theseus’ village, kill his mother and declare war on Zeus and his godhood.

Theseus then stumbles upon the Bow, and uses it to start disposing off the king’s army, one by one. At the climax, we see that Theseus loses possession of the Bow, and Hyperion grabs hold of it, using it to weaken the defenses of the wall, kills all of Zeus’ men and rips open the mountain holding the titans.

A battle between the gods and titans ensues; while Theseus battles Hyperion, eventually defeating him, but getting mortally wounded in the process. The gods defeat the titans, and Zeus manages to take Theseus with him to the sky before he collapses the mountains on the titans and Hyperion’s army, wiping them all out. At the end, we see Theseus getting immortalised in the legend of the battle. A movie similar to Wrath of the Titans, except the protagonist is switched.

Starring Hollywood’s everyman for every movie Dwayne Johnson, Hercules could be described as sleeper hit, especially considering this was before Johnson had such a popularity among Hollywood directors, and people were getting tired of the historical genre of epic movies. However, it still earned good, and made Johnson eligible to become a leading man in movies thereafter.

The story is about Hercules, another son of Zeus, famed for his strength and warrior skills. In this instance, Hercules is the commander of a ragtag group of warriors, that include archers, swordsmen and brawlers. Hercules himself is a brawler, and is especially skilled in close-quarters combat.

Hercules and his team are approached by Ergenia, the princess of a local kingdom, who asks him to train their kingdom’s armies in order to defend themselves from a ruthless warlord, Rhesus. Initially reluctant, he ends up fighting the war for them, barely winning, albeit at the expense of a good part of the military.

He regroups and retrains, and then leads an all-out assault on Rhesus, only to be later told that he was double-crossed. His fears are confirmed when he is told that Cerberus actually killed his wife and daughter, and as he defeats them, single-handedly, the movie ends. A good movie, if you’re all for action.

Troy is one of the most lauded and successful historic and epic movies of the recent times, much in part due to the directing, the screenplay and the acting by the cast, which includes Brad Pitt, Orlando Bloom, Eric Bana and Diane Kruger. Troy tells the classic tale of the Trojan War, triggered due to the Helen of Troy, who is in a secret tryst with Paris, the younger brother of Prince Hector, despite being the wife of Menelaus, who is the King of Sparta.

This leads to a war, in which Menelaus, alongside his elder brother Agamemnon, wages on Achilles and his brother Paris, including the city of Troy. While initially the scales are tipped in Achilles and Paris’ favour, things take a turn for the worst after Menelaus is killed by Achilles, resulting in the declaration of an all-out war by Agamemnon, who stops at nothing to take down Troy.

We also see the famous Trojan horse and the Sack of Troy, as the inhabitants and the army of Troy is overwhelmed by the sheer number of the Greeks. The movie ends when Achilles allows his brother to flee to safety with Briseis, sacrificing himself for him as the Greeks overrun Troy. In the aftermath, we see Achilles’ funeral, while the remaining Trojans flee as the Greeks take Troy. An epic movie like Wrath of the Titans, it has since become one of the most important movies of this genre.

How can we talk about ancient Greek wars and movies immortalising them without talking about 300 and Gerard Butler’s infamous “This is Sparta!” scream after which he kicks down a Persian messenger into the well. Well, 300 is a movie similar to Wrath of the Titans, and as such, we will be including it in our list of movies similar to Clash of the Titans. It starts with Leonidas, the King of Sparta, who engages in a battle with the Persians. It starts with Leonidas first killing the emissaries sent by the Persian.

This, being a clear sign of war, allows for the Persians to begin mobilising against the Spartans. Knowing this, Leonidas gathers 300 of his best soldiers and goes on to meet the Persians head on, in the Hot Gates, to benefit from a strategic advantage. In the journey to the battlefield, he crosses paths with Ephialtes, who offers him a strategic way into the battlefield in exchange for him joining his army.

Leonidas refuses, and proceeds onwards, where he easily bests King Xerxes and his Persian forces. However, Xerxes sways Ephialtes into revealing the strategic chokehold and surrounds the Spartans. After Leonidas kills the leading general, Xerxes orders an all-out attack on the Spartans.

Meanwhile, Queen Gorgo of Sparta uncovers a plot wherein a corrupt politician Theron tries to exchange favours against sending an army to bolster the 300. She lays the treason bare for all to see, but not before Leonidas and his men are overwhelmed by the Persians. In the end, under Dilios the new commander of the Spartan army, the Persians now face an even bigger army of 30, 000 with 1000 Spartan soldiers. An epic movie, just like Wrath of the Titans.