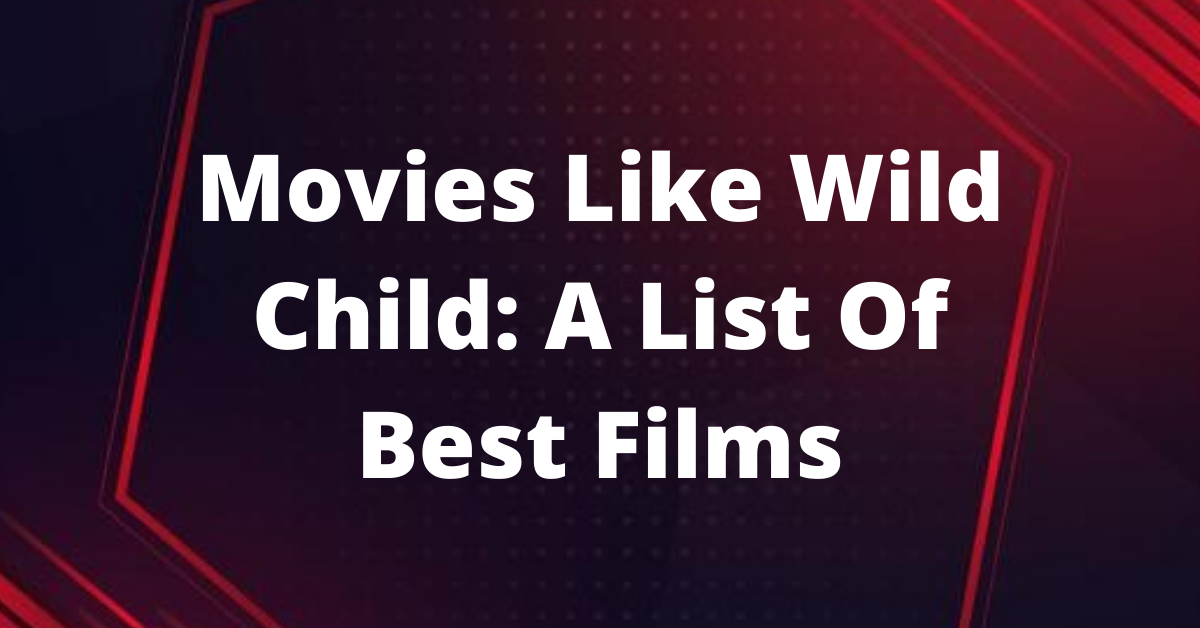 Widely referred to as the chick flick, this genre of movies like Wild Child involves several themes like coming-of-age, comedy, and are also categorized as rom-coms, with an emphasis on the romantic aspect of the story, and Wild Child is no different. As the name suggests, the movie follows a bratty teenager who is sent off to a boarding school to mend her ways, and in the end, the main character is really a better person.

Based on a novel, many movies since then have followed a similar storyline, and with a stellar cast and acting performance, it’s hard not to see why. So, if you liked the movie, here are more movies like Wild Child, a list of films similar to Wild Child.  Starring Emma Roberts and Alex Pettyfer, the movie follows Poppy Moore, a rich, spoiled socialite from Miami who is your typical rich brat, with regular outbursts of violence, being self-important and self-entitled, and just a horrible person overall.

Her father has the last straw when Poppy destroys all the belongings of her step-mother, causing her father to send her to a strict boarding school in England, where she learns the real meaning of life, makes friends, and successfully betters herself by giving up her old ways which had caused her so much trouble.

At the end, even her father is surprised to see her doing well; she is the captain of the lacrosse team and is doing pretty good in her studies. The movie ends with the friends back in Malibu, relaxing and having a good time. If you liked the movie, here is a list of movies similar to Wild Child, with the themes of rom-com, comedy, coming-of-age and situational comedy. A lot of the entries on this list of films like Wild Child are considered chick flicks, so, if you’re averse to that particular genre of films, be fairly warned.

Following is a list of films and movies similar to Wild Child, all belonging to the same genre of rom-com and chick flicks. Now, without any further ado, here is the list of films like Wild Child.

The Edge of Seventeen (Released in 2016)

Your typical high-school story, follows Nadine, a socially inadept loner who has a social magnet of a brother. Feeling alone and with her only friend Krista out of the fray, she turns towards her teacher, Mr. Bruner, played by Woody Harrelson. What follows is a comeback for Nadine, who, during the mid of the movie, falls at her worst position as her relationships with everybody save for Mr. Bruner are very rocky.

She turns this around after help and advice from her teacher, and while she does not become a superstar right away, she does mend her relationships with Krista, her brother, and her mother. In the end, after everything goes okay, she happily agrees to go to the prom with her love interest, which is a relief both for her and for Mr. Bruner. The movie is well-written, well-scripted and the acting is phenomenal. One of the best movies like Wild Child,

A Netflix movie, The Last Summer follows a group of high schoolers in their journey to go to college. We meet several couples, friends, and loners as their lives are transformed by them moving to colleges. A good coming-of-age story, we’re first met by Griffin and Phoebe, who, despite starting as the awkward couple, eventually begin seeing each other after working together and discovering that their single parents have also been together.

Then we turn to Erin and Alec, who eventually get back together after breaking up and seeing other people. Audrey’s story comes next, as she struggles to make ends meet while keeping her studies a priority. We are introduced to Foster and his shenanigans to sleep around and rounding the movie off, we have Chad and Reece, who despite being anti-social and nerdy, find love at a bar. A good movie like Wild Child.

ALSO READ: Best Movies to Watch On Your Birthday

Released in 2018 to a lukewarm reception, Swiped has since gone on to become a well-received movie, despite critics panning it. Based on hook-up apps like Tinder, the film follows James and Lance, two classmates, who, deciding to use their knowledge of coding and app-building, decide to make a hook-up application for their school campus,

which emphasizes the ‘no strings attached’ concept of a casual relationship. What follows is the application goes well but makes the duo regret their involvement in the development of the application, as the hook-ups get way too out of hand, and threaten to disturb the status quo of the school. A good movie like Wild Child.

Although not exactly starring teens or related to teens, it is still a rom-com and stars an ensemble cast of Cameron Diaz, Justin Timberlake, and Jason Segel, which helped position it as an A-lister movie and helped in garner over $100 million on a $20 million budget. The film follows Diaz’s character Elizabeth, a gold digger who only turns to teach after she breaks up with her wealthy fiancé.

She then plans to marry another rich teacher, but along the way, learns and changes herself enough to go for the better thing, in the form of Segel’s character Russell. The movie if phenomenally acted and scripted, and Diaz’s performance really knocked it out of the ballpark.

He’s All That is the latest movie on the list and is a good coming-of-age story. It follows Padgett, an Instagram influencer who, after breaking up with her boyfriend, another social magnet, takes on the challenge to transform a loner into a socially-charged person.

The movie then takes us through the montages of Padgett transforming Cameron into the prom king type material, and the movie expertly chalks out the kind of relationship the two have. In the end, after facing several setbacks, she eventually succeeds, and while missing out on the prom, she does manage to transform Cameron and rides off with him into the sunset.