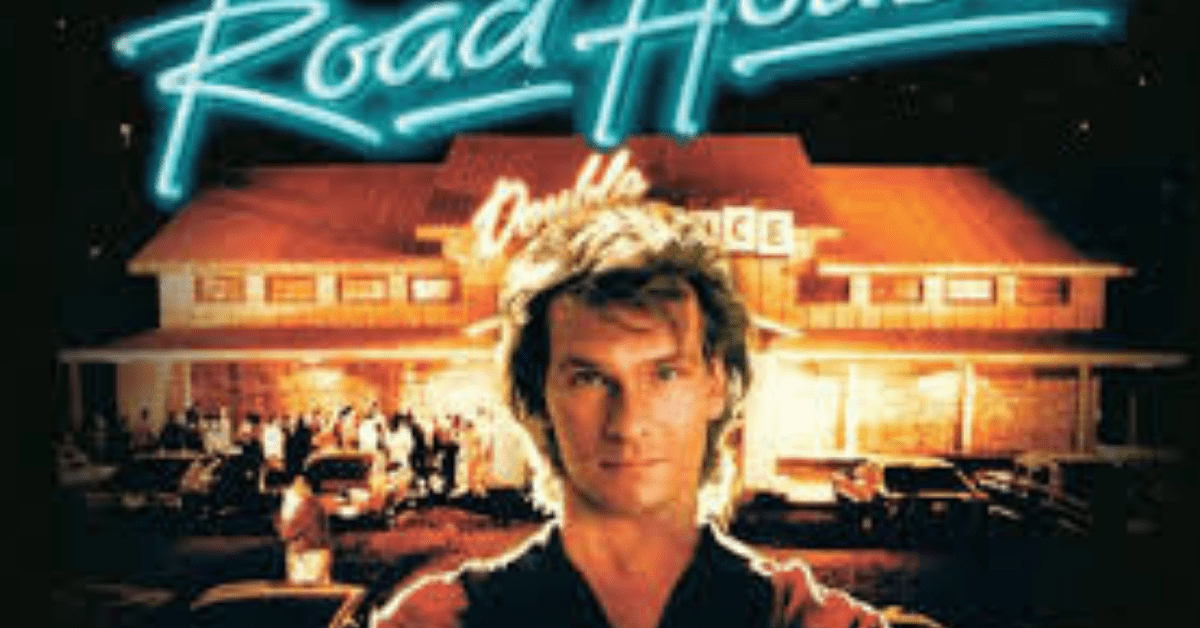 The 1989 action thriller movie Roadhouse is among many pieces of entertainment that have come to define the 80’s as a decade, full of mullets, neon and wedge-shaped muscle cars. Roadhouse is particularly unique due to its casting choices, the music, the ambience and the over-the-top action that is associated with the 80’s. Throw Patrick Swayze in the mix, and you’ve got yourself a movie with a lot of kicks, a lot of beautiful women and a whole lot of ludicrous action that leaves you laughing now that you watch it as a grown, reasonable adult. But silly action movies and a lone wolf beating up a whole gang have always held a place in our hearts, and Roadhouse is certainly one of them. If you just can’t get enough of the 80’s-esque action, here is a list of the best movies like Roadhouse.

The movies like Roadhouse on this list all involve vigilante-like loners, on their quest to usually avenge a dead loved one, or simply because the villain is, well, being a villain. All of these movies follow a singular theme, and as you can expect a lot of them have A-list hard hitters like Steven Seagal and Bruce Willis. Here’s a little more detail on the movie Roadhouse itself.

Following is a list of movies like Roadhouse, which have all the right ingredients of having over-the-top action sequences, fights involving one loner who beats up a whole lot of baddies, good music, good cars and good settings. So, without any further ado, here is the list.

If you like movies of the same persuasion as Roadhouse, chances are that you know of Hollywood action heroes who like to beat up gangs of thugs. Among the top three has to be Steven Seagal, because he absolutely dominated the action movies of this era. One of his most-lauded works is Out for Justice, which sees him as an NYPD detective, who’s just lost his partner to some coked-out drug addict, who is actually revealed to have been an acquaintance of theirs. What ensues is the trademark Seagal-hunting down bad people in a movie, full of beat-ups, rooms full of people getting their behinds handed to them and Seagal doing what he does best: deliver awesome fights. The story is further accentuated with a plot twist, as his partner is revealed to have been a crooked cop. The whole movie is a good package of fights and action.

It wouldn’t be a complete list without the Terminator himself, and here we have Arnold Schwarzenegger clocking it in with Raw Deal, where he mows down mobster after mobster just for killing the son of an FBI agent. Himself an FBI agent once, he is let go from the force after his brutal tactics are made known to the agency. Now a small-time local sheriff, he is approached by the slain agent’s father, who asks him for retribution against the mob the killed him. What follows is an hour of Arnold tracking down the baddies and shooting them. Lots of shooting, enough to induce a few chuckles from that classic scene in Hots Shots: Part Deux where the shooter buries himself in ammo shells while firing non-stop. But that is not all, as it is the Terminator, a lot of hand-to-hand combat scenes are also shown, along with a few fights, but mostly it’s just Arnold with a machine gun mowing down mobster after mobster, even taking on a whole floor of them and wiping them out in a matter of minutes. The movie is oddly reminiscent of Roadhouse, which is why it is featured on the list of movies like Roadhouse.

And here’s the third star of the trinity of action heroes; Chuck Norris. Now a Chicago cop who is caught between a war between two mafias, and who is at odds with the rest of his department owing to his refusal to sign a petition that would allow an irresponsible cop back on the streets. As the two mob gangs war it out, the situation becomes more and more delicate, and when it spills over to threaten his family, the cop will utilize his training and his weapons to kill every last one of them, save the day, and get rid of the mobsters for good. Code of Silence is a good film similar to Roadhouse, in the fact that it features a one-man army that takes down an entire legion of baddies just to get back at a job gone awry.

One of the first movies of action star Jet Li, and one which essentially launched his career, Romeo Must Die follows Li as he makes his way from Hong Kong to track down the killers of his brother, only to discover that the Triads (that his brother was working with) and a local African-American gang are in a tussle over some premium properties, both of which have different plans for. Teaming with Trish, the daughter of the African-American leader, he uncovers the truth behind the murder of his brother, why the two parties are warring, and the mystery that surrounds every murder the two throw at each other. A good movie like Roadhouse.

Based on a novel, the five films all featuring Bruce Willis have become synonymous with the actor, and the franchise overall has gone to gross more than a billion dollars overall. In the movies, Willis plays John McClane, an NYPD and LA police detective who finds himself in a situation where he is the only way out. In the first film, he squares off against East German terrorists, who take his family and a whole office hostage to secure big financing; the leader Hans Gruber, played memorably by Alan Rickman is a joy to watch. The second and subsequent films follow plots similar to the first one; where either McClane’s family or the whole of America is being threatened by terrorists looking to achieve their objectives, while McClane fights and claws his way out of every situation using his brawn and brains. The film is equal parts action, comedy and fights, and Willis’ acting knocks it out of the ballpark. He is seen as a one-man army, which is the theme in the list, as he mows down terrorists and kills entire platoons of guerrilla fighters all alone. A series like Roadhouse.

What Kind of Car Did Dalton, Swayze Drive in Roadhouse?

One of the most commonly asked questions after people watch the movie is what kind of car did both the protagonist and antagonist drive. Well, it’s no wonder they ask that, because the car in question would be the uniquely gangsta-looking 1965 Buick Riviera, that both Dalton and Swayze drove. However, Dalton later switches his Buick for a Mercedes to fit his image as a well-to-do bad man. So, there you have it. The car that both the lead men drove in Roadhouse is the muscle car, the ’65 Buick Riviera.