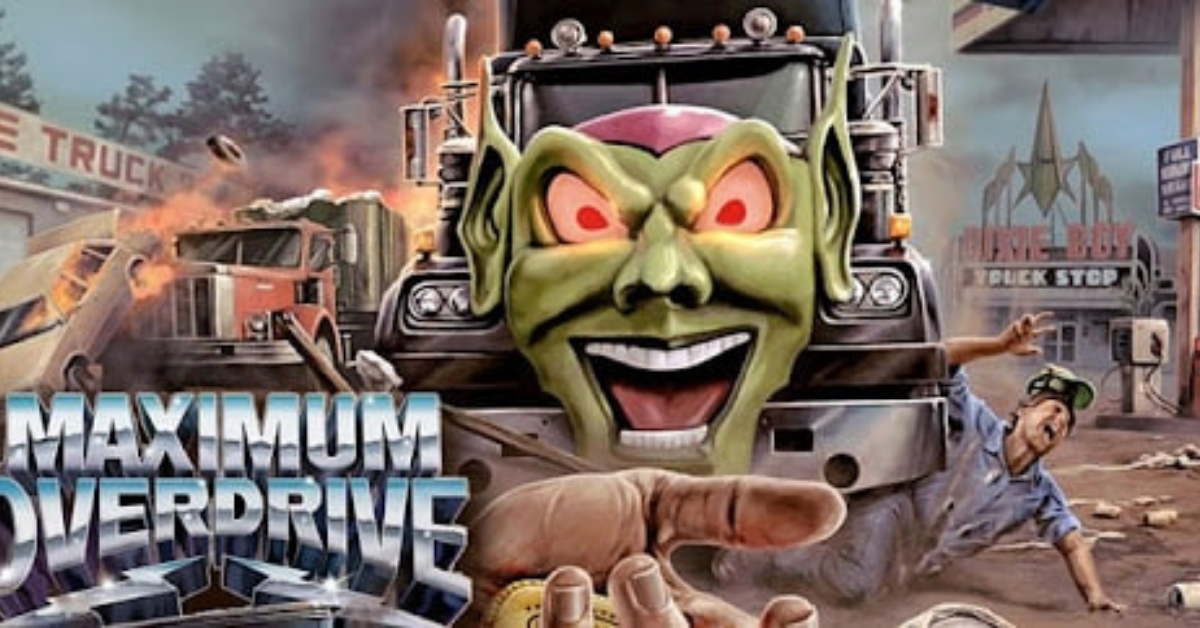 Straight from the King of Horror Stephen King himself, Maximum Overdrive is one of the writer’s first and only attempts at directing movies. And while the story seems the trademark King material, the movie itself fell short of expectations, and could not even win a Raspberry Award. Still, it’s a pretty good late-night flick for people looking for entertainment that is hilariously bad. So, if you have watched the King flick and want some more movies like Maximum Overview, well here are some worthy suggestions of movies that aren’t good but hilariously bad, the ones which can guarantee a night full of laughter, despite them being of the horror genre.

The movie itself stars Emilio Estevez and Pat Hingle, and calls it in with Stephen King as the director. The premise starts with the Earth passing the tail of a comet, causing all the machines on the planet to go sentient and start attacking humans. The scenes include teller machines ridiculing customers, trucks and cars killing their drivers and bridges lowering and raising themselves at will, causing chaos. Bill Robinson, Estevez’s character, manages to blow up a truck that has been holding his party hostage, and leads the group to safety to a remote island. The movie ends when a satellite blows up an alien UFO with a nuclear weapon, causing the machines to go to their previous state.

Here is a list of movies like Maximum Overdrive that you can watch at home. Most of them are available at streaming platforms like Netflix or HBO, so, if you do have a hankering for movies that are hilariously bad, we’ve got you.

One of the more better-rated movies on this list, The Crazies can be considered an indie movie, because it was directed on a pretty small budget but turned out to be a much better movie than anticipated, which is in part, thanks to the storyline. The movie starts in a small town in urban Pennsylvania; just your regular, sleepy little town. However, things go south real quick when a man-made virus hits the town, turning the residents into blood-crazed violent psychopaths. Despite the locals putting up resistance, they soon find themselves outnumbered and ‘out-crazied’, the US Army steps in, and things go into overdrive, with hardened military soldiers catching the virus and turning into violent killing machines. The whole film is gratuitously violent, and the blood, gore and killing really turns it into a movie that is stupidly gore-filled. Still, a pretty good start for movies like Maximum Overdrive.

Although not very much well-rated, Dark Breed is still a movie that induces a few chuckles on the state of the directing of the movie and the shambles which it is in. It starts with people in space, obviously, because an alien invasion has to happen. However, the captain of a secretive agency Omega is tasked with hunting down all of the six astronauts who were on the mission, because they made an unauthorized splashdown. Fearing that the crew members might be hosts to an invasive alien parasite, the agency orders them to either kill them or capture them alive. What ensues is a bland movie, with content much focused on the heroics of Captain Saxon rather than on the aliens, and a movie that is flatly unentertaining, despite having a concept that could’ve been wildly adventurous. A perfect fit in the list of movies like Maximum Overdrive.

Cue in the murder hornets from last year, which terrorized Northern America, because we have something in this list that will get the conspiracy engines revving to the redline. Flying Virus follows reporter Ann Bauer as she uncovers a conspiracy by the government to protect its oil interests in Brazil by releasing an entire swarm of genetically modified killer bees, hornets and other critters, whose sting can not just elicit pain but also kills the recipient of the nasty sting. In order to prove her theory and get justice for the local tribesmen in Brazil, she takes a sample of the bees from Brazil to the USA on a flight, when turbulence knocks the jar open. With the bees out and people stuck in a cabin, the film soon goes from government conspiracy to mass-killing, all at her hands. Swatting is out of the books, so the movie explores some pretty creative options. The movie is equal parts ridiculous and scary, especially from the ones with a phobia of the creepy-crawlies.

Another Stephen King story, this time, directed by Mark Lester, Firestarter is an aptly named movie, since it follows a child with prokinetic abilities named Charlene, nicknamed Charlie. Considering that she is the only child of parents who themselves were successful results of an experiment to impart psychological abilities, Charlene is in full control of her ability, and uses it to get herself and her parents out of harm’s way. But, one day, the government agency responsible for these powers turns up, kills the mother, and takes Charlene away, causing Andy, the father, to mount a rescue for her. Using his abilities, he tracks her down to the site of the agency, and after a shooting, manages to rescue her, dying in the process. The movie is well-directed, and the fire CGI is especially a good part of the movie.

What would you do if you were stuck in a shopping mall with killer robots, bent on trying to eliminate you? This is the same situation that eight teens find out the grim answer to, when the mall they work in shuts down, leaving them behind at the mercy of malfunctioning mall security robots that view them as intruders, and they have no fate other than being killed, or to survive till the morning. This grisly premise is what makes this movie the final entry on our list of movies like Maximum Overdrive.