Best Movies like Bloodsport to Watch For Martial Arts Fans 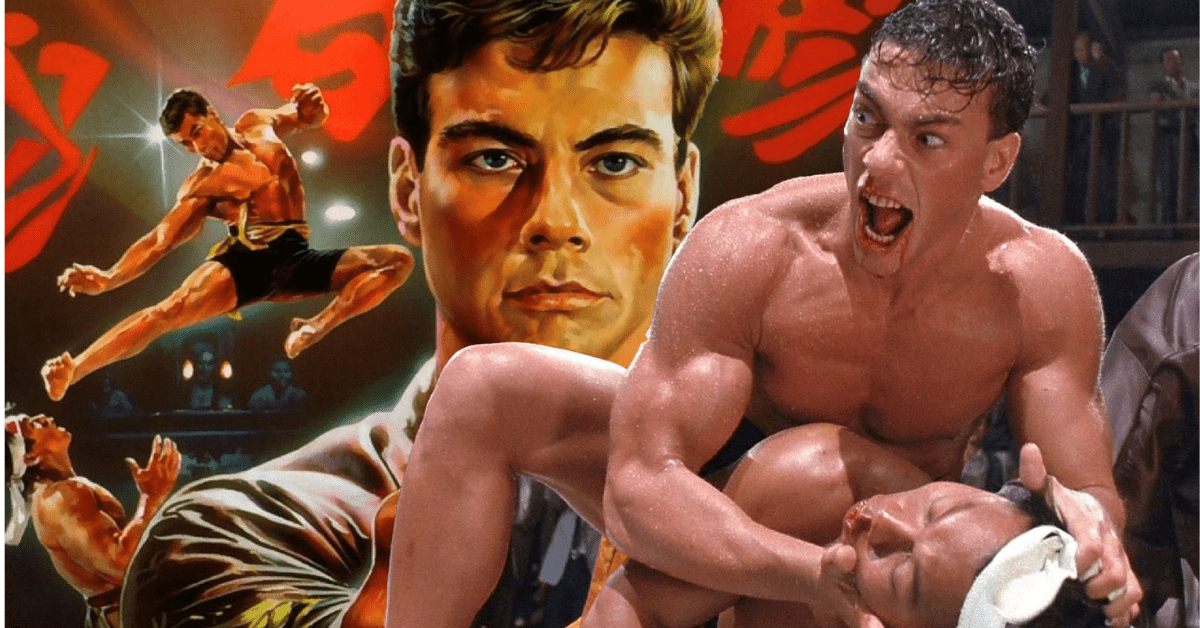 Bloodsport, a 1988 kickboxing movie starring Jean Claude Van-Damme, is arguably responsible for the sudden surge in people registering for such training programmes in dojos and clubs across the country. The movie itself was reminiscent of many of the Rocky series, which depicts hard punches, fast fights and glory after winning. With that theme in mind, Bloodsport takes it a notch further as there is no rags-to-riches, no American Dream here. It’s all the efforts of one person to win a secretive martial arts tournament, and that’s about it. With its success at the box office and as a film overall, here is a list of best movies like Bloodsport.

Bloodsport for many epitomizes the militaristic and martial arts-esque feeling of taking on entire crowds of people, karate chopping till the victor emerges from a literal mound of people. Just like action movies go, the karate chopping and kickboxing genre is dominated by a few people, all of whom will be mentioned alongside their best movies. Some of the names many will be already very familiar with, including legends like Bruce Lee, Jackie Chan, Jean Claude Van-Damme, Arnold Schwarzenegger (although he prefers to just straight up beat people using sheer strength alone) and many. So, here are the best movies like Bloodsport, all in a convenient list.

Bloodsport the movie follows Van-Damme’s character, Frank Dux, as he deserts the army for a martial arts tournament in Hong Kong, called Kumite, where the most feared and dangerous martial artists compete for glory, and killings are widespread. Dux is pursued by two army officers who have been tasked with bringing the deserter back to the country to be tried. However, Dux encounters one of the most feared and skilled martial artists, Chong Li, and fights him in the match of his life. The movie has ample fight scenes, and an uplifting ambience that has made it into a cult classic. Now, onto the best movies like Bloodsport.

Here is a list of best movies like Bloodsport that have the themes of martial arts, kickboxing, action and fights. Let’s start.

We start off with another Van-Damme flick, but this time, in his directorial debut. The Quest follows nearly the same storyline as Bloodsport, except this time, the tournament has been switched with another one deep in Tibet, the story is set in the 1920’s and the film’s purported anti-hero is saved by Van-Damme in the end. The film is pretty similar to Bloodsport, except for the plot details outlined above, whereas the fighting style has also been changed, from kickboxing to Muay Thai. The film features plenty of fight scenes, with action choreographed perfectly by Van-Damme. Plus, it has a good storyline, one that keeps audiences engaged for the entire runtime of the movie. What’s more, we see a healthy smattering of fights other than with Van-Damme, as a host of nations send their best fighters to the mystic tournament in Tibet. The movie, overall, is one of the best movies like Bloodsport.

Kickboxer is once again the brainchild of Van-Damme and his love for kickboxing. But this time, the story has been twisted once again now. We are now greeted by Eric Slo ane, who is Van-Damme’s character Kurt’s brother, and an established kickboxer. However, Eric meets his decline in the form of Tong Po, a kickboxer with a repute for not refraining from paralyzing and even killing his adversaries. Eric inevitably gets crippled at the hands of Po, and as a grief-stricken Kurt begins preparing for his brother’s vengeance, things take a turn for the worst as Po’s manager and racketeer sends his goons after him and his girlfriend. After a tumultuous 40 minutes, we get to the part where Kurt enters the ring with Po in a fixed match, however, the day is saved when bolstered by the presence of his brother, Kurt proceeds to beat up Po, and beat his manager up as well. The movie is well-crafted for a kickboxing movie, has a surprising amount of plot depth, and the acting is spot on by all of the cast. A good movie like Bloodsport.

We can’t talk about martial arts in Hollywood without talking about one of the most visible and prominent martial artists, second only to Bruce Lee; Jackie Chan. His sleeper hit and a fan favourite, Rumble in the Bronx, combined elements and gave viewers the first of his action and stunts in a decade of many to come. Rumble in the Bronx sees Chan coming to New York from Hong Kong to help his uncle with his fledgling supermarket, only to find out that the market is in trouble at the hands of local gangs and hoodlums, who demand protection money. Keung (Chan’s character) in his trademark way of fighting uses urban settings and tight areas to defend the store, beat up the bad guys kung Fu style and save the day, all the while befriending Danny and his elder sister. The movie introduced Western audiences to Chan, his signature fighting style mixed with a healthy dose of campiness and his behind-the-scenes reel which always plays during the credits. Rumble in the Bronx is a true classic, one of the best movies like Bloodsport.

The Karate Kid (Original and Remake)

If you want a story that you can relate to as well, The Karate Kid has been the go-to choice for kids, teens and even grown-ups. Because the story is simple, the mood is very uplifting, and the action and training montages are plentiful and very meaningful, both the original Karate Kid with Billy Zabka and the remake with Jackie Chan are a good way to start off in the realm of kung fu and mystic Eastern fighting styles. Because while the fights are very much impressively choreographed, it’s the lessons they teach that make The Karate Kid a fantastic movie to watch. 10/10.

Finally we have Arnold on the list with his 1996 hit Eraser, which follows his character John as a marshal with the US Witness Protection programme, as he tries to fend off killers from his latest assignment, all the while struggling to unmask and bring to justice a mole in his own department. This being the WITSEC programme, a mole is very dangerous and John is fully aware of the risks, all the while keeping the executive of a computer company out from the grasps of the terrorists and the company’s own corrupt CEO. A very well-done movie, one of the best movies like Bloodsport.