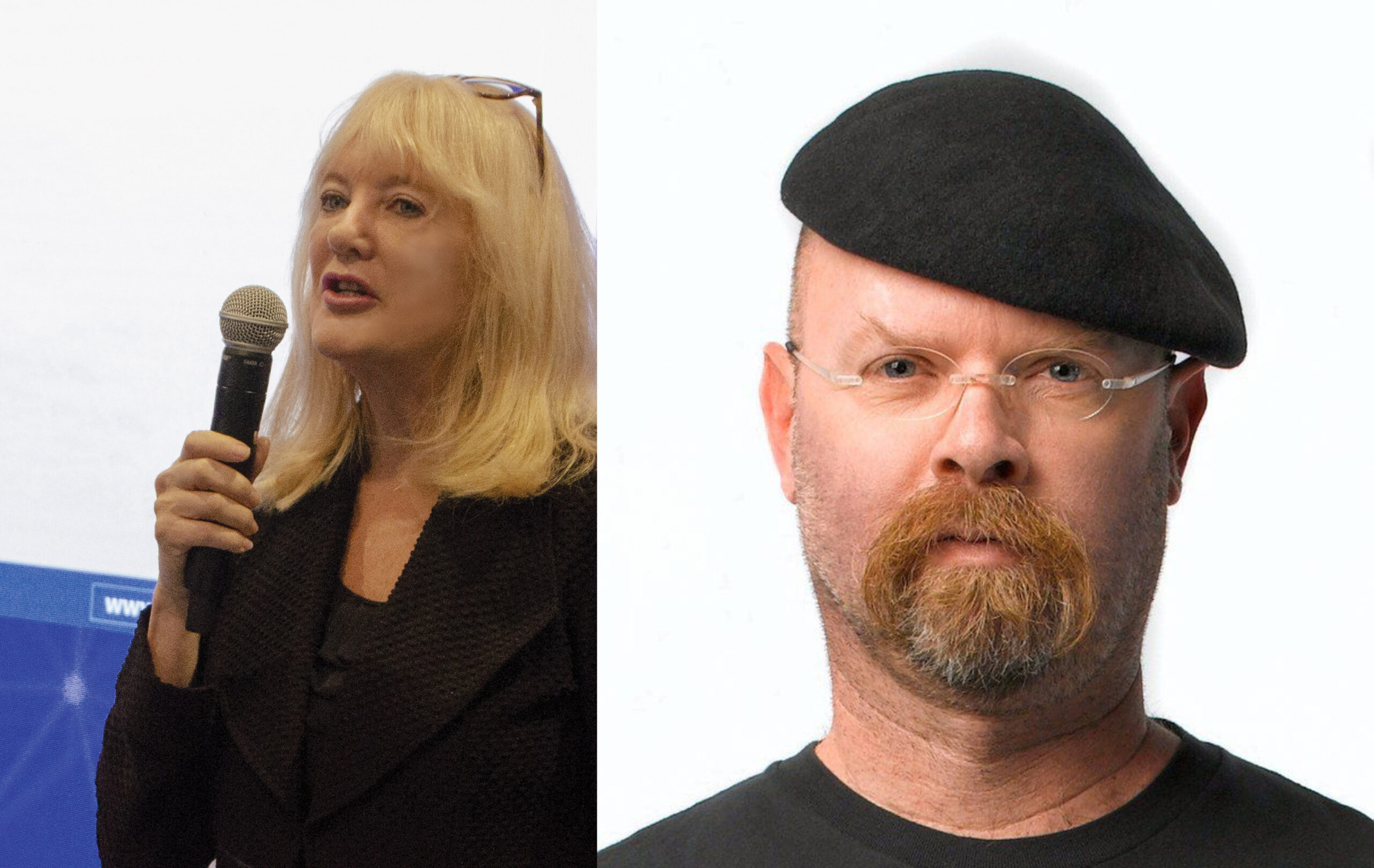 August 19, 2022, Jamie Hyneman sat down with Marta Hall to talk about Drive4Safety, a citizen’s group and community project for roadway safety.

Hall Interview on August 19, 2022, with Jamie Hyneman, Scientist and Inventor, and co-host of “Mythbusters.”

About Jamie Hyneman: Hyneman is owner and founder of M5 Industries, an R & D facility for technology innovation located in San Francisco, CA since 1997. Hyneman has 3 honorary doctorates from universities around the world and he received the Indiana University School of Public Health  Bicentennial Medal for work in the community, including engineering better PPE for healthcare providers and nursing staff to use during the pandemic in 2020. Soon after, in 2021, Hyneman became professor of practice at LUT University in Lappeenranta, Finland for a five-year appointment.

JH: We see car accidents in the news every day. I know reducing them is a particular interest of yours since I hosted with you the World Safety Summit for Autonomous Technology.

MH: There are more injuries and fatalities than ever, and the statistics are rising.  It’s time to think about roadway safety solutions again. It’s why I started Drive4Safety.

JH: Why do you think there hasn’t been more improvement in the area of road safety?

MH: Perhaps it was put on the back burner due to the pandemic. Recent car accidents remind me that it is time to seriously address bike, pedestrian, and vehicle fatalities in the thousands.

The government needs to get involved, at least interested. I’m impressed how the government has supported the development of electric vehicles for the sake of the environment. There is a dire need for roadway safety and the government should be getting behind it. Today, computing and sensor technology has matured to the point cars could perform safety tasks for occasions when drivers are distracted or fatigued.  Mothers Against Drunk Drivers along with government agencies like NHTSA, SAE, DOT, NSA, should be actively supporting the development of this important technology.

JH: What about Autonomous Vehicles? Autonomous driving was supposed to save lives. I’ve driven a Tesla, for several years and it was sold with the promise that it could be upgraded to be autonomous shortly. But I don’t trust the car because when it is Lane Keeping and on Adaptive Cruise Control it regularly does unpredictable things that are frightening. Personally, I’m not about to upgrade it to what they are selling as “autonomy” given that it can’t even reliably do cruise control.

MH: Nothing about a Tesla is autonomous. The World Safety Summit for Autonomous Vehicles was a forum and “meeting of the minds,” to discuss among 400 participants, the future of car and robotic safety. Since then, the AV project has stalled due to major safety concerns. At more recent Summits, we turned to embrace ADAS technology, which stands for Automated Driver Assistant Systems. ADAS can perform tasks that while not autonomous, they are increments of pretty advanced and powerful safety, such as braking when a driver is fatigued or distracted.

JH: Like the Lane Keeping in my car. What do new cars come with as far as safety features currently?

MH: Current car ADAS features include Lane Keeping but there are no safety standards to describe it to consumers. Car manufacturers should provide consumers with published test results and metrics on a feature’s accuracy and safety. How good is it at lane keeping? With marked lanes only? Safety should be standardized by the government to avoid confusing and over-promising consumers.

Today, these car features provide some convenience and a bare minimum of safety, including Automatic Parking, Valet Parking, Backup Collision Avoidance, and Adaptive Cruise Control. They are only a start on the potential for what ADAS can do. Cars in the future can be equipped with more advanced backup and forward braking, (Automatic Emergency Braking or AEB) lane keeping, (LK), and Pedestrian and Bicycle Braking, (PAEB.) These can help prevent accidents and save lives by the hundreds of thousands.

JH: Sounds good. But how can we encourage car and truck makers to add safety improvements?

It’s hard because no one wants to add a cost to making and selling vehicles. Like seat belts and airbags, advanced safety features can be mandated, the cost absorbed by all car makers for an even field. Europe is already is mandating safety features. It involves assigning tested metrics to vehicle safety performance. Cameras, radar, lidar, and mechanics are involved. Deployment of these effective safety features should be tested, standardized, regulated, and mandated. Many public community organizations like MADD, are clamoring for cars to be safer. They pose a threat to our infrastructure, endangering pedestrians as well as bicyclists.

Today, there should be a call, by the Secretary of Transportation, Pete Buttigieg, for a task force to brainstorm possibilities. I believe that car and tech companies can’t do it effectively without government encouragement. R & D grants to tech companies are a possibility along with the help of NCAP, NHTSA, SAE, and other government agencies.  The project could begin with modest expectations and grow. Advanced safety systems would eventually be deployed worldwide and save millions of lives.

JH: That sounds promising. What does Drive4Safety do?

MH: We are a voice for the project, trying to get the attention of Mr. Pete Buttgeig, listening to the concerns of MADD and civic organizations. Roadways and city plazas are “Infrastructure,” which require attention to make them safe from run-away cars and irresponsible driving. Like current projects to advance EVs for the environment, there is a need for the government to put credible support to improve current roadway safety.

JH: Thanks, Marta. I wish you well on the project!