Load cell systems uncovered: Understanding them is key to optimizing their use

Weighing scale systems, including floor-based, table models or platforms, are ubiquitous. Whether it’s at a grocery store, a physician’s office, a lumber yard or a trucking toll gate, these scales provide an important service around which life, commerce and the economy revolve. And though the scales might be omnipresent, some nondescript sub-systems – like the load cell systems – are what keep those scales working perfectly.

Weights and measurements are essential, for instance, in manufacturing plants, chemical labs or other data-driven processes, where precision readings differentiate you from your competition. If you work in such environments, then you need to understand what load cells do and how they impact your product or service.

A load cell, also broadly described as a force transducer, is probably one of the most important components of any measuring apparatus – from a small hand-held device, to large platforms that weigh loaded trucks and trailers, to massive weighing stations built to measure container freight. These invisible components of weighing systems also play an important part in weighing sea vessels, airplanes and grain silos.

So, what exactly is their function, and how do load cell systems work? 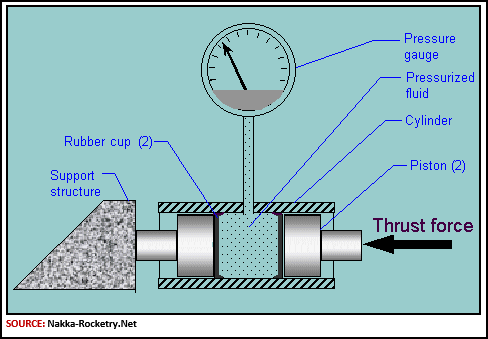 Well, the primary (and some might argue, the only!) function of load cells are for the purpose of determining mass.  Here’s a very rudimentary tutorial on load cells. The load cell converts the force of the weight, applied by the object being weighed, into electrical signals. The readings, representing a digital translation of the force, are interpreted and displayed on a gauge. The display may be mechanical or, increasingly, digital screens and displays.

The type of load cell used depends on the characteristic of the application. That’s why, most leading load cell manufacturers offer a wide range of product selection, including Button cells, Donut load cells, Beam cells and a whole lot more. Platform scale manufacturers, for instance, might opt for Beam load cells. User requiring measurements in Silos and Containers, on the other hand, might best use compression-based cells. And, if there’s an application where the load must be attached to the cell, then a tensile load cell may be the ideal choice.

At times, it is not the load cell that dictates how it is designed, but the design of the target application, which determines what cell type design is most appropriate to use. Miniature Load Cells are a case in point.

Where the target weighing surface is extensive, such as at a truck stand or loading dock at a sea port, space is typically not an issue. However, some applications are constrained by space. To cater to such applications, load cell manufacturers offer miniature cells that cater to ranges from 10 to 1000 grams, or where space is limited to under .375 inches in diameter.

Some applications have unique requirements, such as the need for a structure to pass through a hole. The design of those scales therefore requires for an appropriately engineered load cell. The Donut Load cell is the answer for such applications.

These types of cells are offered in a wide range of capacities, ranging from 50lbs to 300,000 lbs. The hole in the cell makes them ideal for applications requiring measurements around shafts and bolts. Typical applications, for the use of such cells include clamping forces, bolt force and a variety of rolling mill overload measuring systems.

To cater to these unique applications, manufacturers produce these cells from high-quality materials, like stainless steel. Manufacturers thoroughly seal the cells to insulate them from external environmental interference.

Clearly, if measurements are critical to your application, then you need load cells of the highest quality. So, how do you decide which cell to use, and which manufacturer to consider when sourcing your load cells? Well, in addition to choosing the right type of load cell, it’s important that users of these devices understand other factors that influence the precision and performance of the cell. Three such factors include:

Most manufacturers have proprietary technology to design, manufacture and test the various types of cells they offer. Many load cell providers portray the complexity of their designs as a unique selling point (USP). You’ll often read or hear statements like:

The idea behind using those “buzz words” is to impress upon customers and prospective buyers how complicated and difficult it is to create a product like they’ve manufactured. Presumably, the more complex and involved the process is, the better the product is for the end user? Well, most experts in cell systems would beg to differ!

The truth is that, the more complex a process or application is, the more likely it is for something to go wrong. Consequently, the more difficult (and costly – for the end user!) it is to diagnose the issue, fix the problem or replace the components.

The best load cell systems are those with simple, yet elegant, designs. And, while simplicity might be at the heart of the design, the primary objective is always to manufacture load cells without compromising the underlying accuracy of the measuring system.

6 Different Ways to Keep Deer off Your Property