Los Angeles, California, May 24, 2022 – – The California state court judge who oversees a first-of-its-kind baby food lawsuit against Gerber and several other companies issued a ruling on May 24, 2022, in favor of parents who allege their seven-year-old son developed severe neurodevelopmental disorders after consuming baby foods that contain dangerous amounts of heavy metals.

The ruling allows the case to proceed to trial and sets the stage for a potentially massive legal battle involving parents throughout the country who say exposure to arsenic, lead, cadmium, and mercury in certain baby foods caused their children to develop autism spectrum disorder (ASD) and/or attention deficit-hyperactivity disorder (ADHD).

“The Court finds that, consistent with the Court’s gatekeeping role under Sargon, Plaintiffs experts’ opinions that heavy metals are capable of being a substantial factor in causing ASD and ADHD are admissible.” 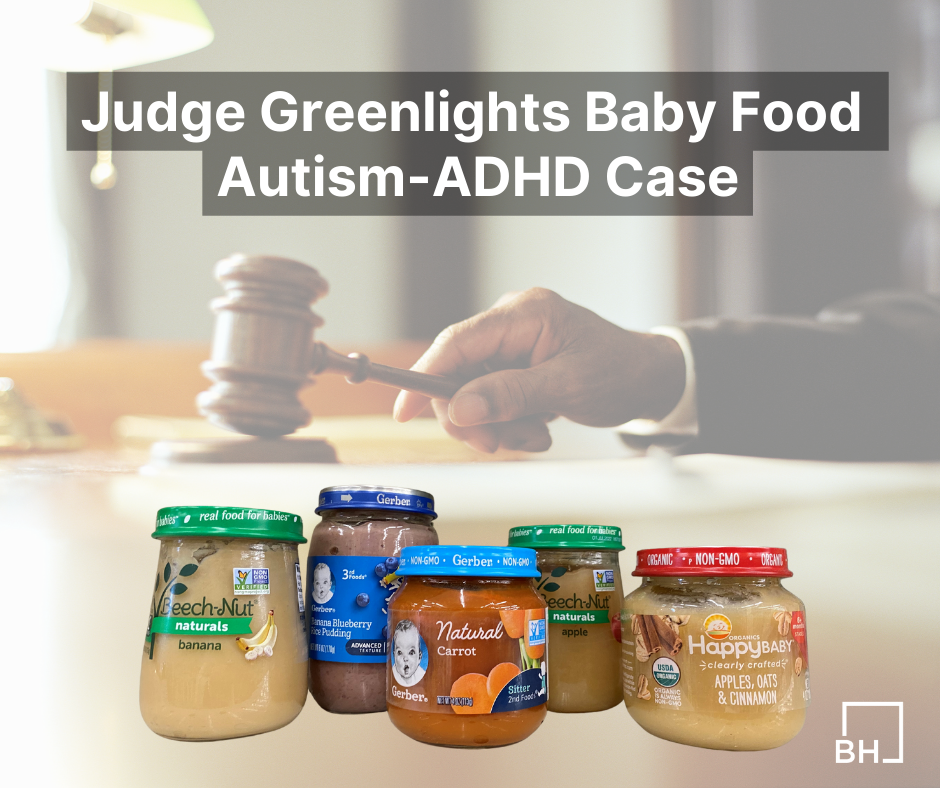 The Court, in its order, also repeatedly drew attention to the fact that the Defendant baby food manufacturers repeatedly misquoted Plaintiff’s experts testimony when challenging the admissibility of their opinions. The Court’s order exhaustively discusses the opinions of Plaintiff’s experts and deemed all of the sound and admissible.

Personal injury lawyers from the Baum Hedlund law firm represent Melissa and Lorenzo Cantabrana, a Southern California couple who allege their son, Noah, developed ASD and ADHD after consuming significant amounts of baby foods from all of the brands listed above. The Cantabranas decided to pursue the case after reading a government report released last February, titled ‘Baby Foods Are Tainted with Dangerous Levels of Arsenic, Lead, Cadmium, and Mercury.’

The baby food report slammed the seven defendant companies listed above for knowingly selling products with as much as 180 parts per billion (ppb) inorganic arsenic, 6441 ppb lead, and 10 ppb mercury. The report further noted that the companies manufacture products using ingredients with as much as 913.4 ppb arsenic, 886.9 ppb lead, and 344.55 ppb cadmium, far eclipsing domestic and international regulatory standards.

In an interview with Spotlight on America, Melissa Cantabrana said she was “blown away” after reading the government report. “It made me really angry…to think that these heavy metals are in baby food. And I immediately thought we don’t have autism in our family. I instantly knew this is it. This is what I’m talking about.” 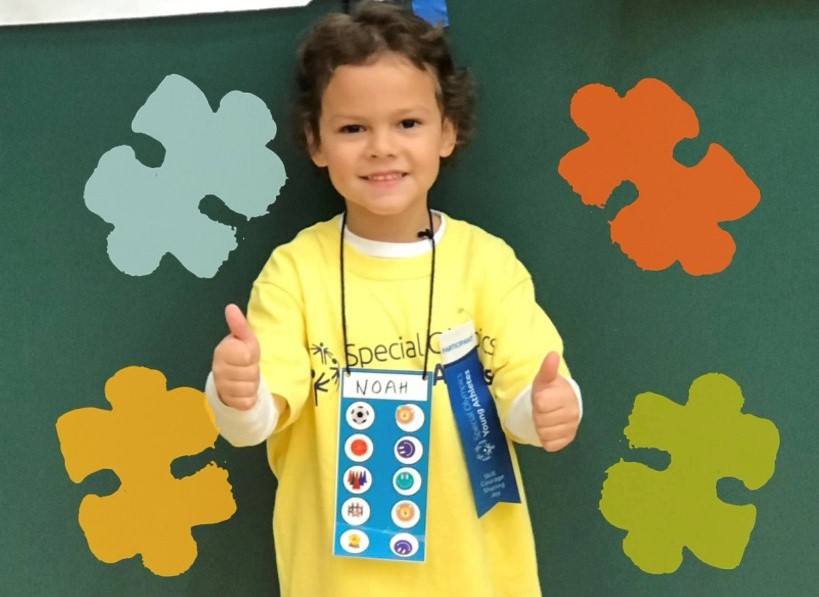 The Cantabrana’s lawsuit is believed to be the first accusing baby food companies of knowingly selling products loaded with dangerous levels of toxic heavy metals. Numerous studies have found that early childhood exposure to arsenic, lead, cadmium, and mercury can increase the risk of autism and ADHD. A 2019 study found consistent evidence supporting a positive association between early life inorganic arsenic exposure and the diagnosis of ASD. A 2017 study found that “prenatal and early childhood disruption (excess or deficiency) of multiple metals during critical developmental windows is associated with ASD, and suggests a role for elemental dysregulation in the etiology of ASD.”

Before the case can go before a jury, the Honorable Judge Amy D. Hogue for the Superior Court of the State of California, County of Los Angeles held a Sargon hearing, which gives both sides of a legal dispute the opportunity to present their experts and educate the court on the science that supports their arguments. If the plaintiff’s experts pass muster and the judge holds that their scientific opinions are based on valid methodologies, the experts may testify in open court and the case can proceed to trial.

In this case, Judge Hogue split the Sargon hearing into two parts with the plaintiffs presenting their experts over four days in January and February. The defendants presented their experts in March. After hearing from both sides, Judge Hogue held that plaintiffs’ experts used sound methodologies to arrive at their scientific conclusions that heavy metals can cause neurodevelopmental disorders in children. The case can now move into the discovery phase, which allows for internal documents from the defendant companies to be released to the plaintiffs.

“Today’s ruling is the first step toward accountability and needed change in an industry that has shown unconscionable disregard for the health of our clients and young children everywhere,” says baby food lawyer Pedram Esfandiary. “The science in this case is clear. We believe that once the evidence is before them, a jury will agree that baby food companies knowingly sell products with staggering amounts of arsenic, lead, cadmium, and mercury, and that exposure to these toxic metals causes lifelong brain damage and neurological disorders in children.”

“We would like to get this case in front of a jury as fast as we can,” says attorney and senior shareholder R. Brent Wisner. “The Cantabranas deserve the opportunity to stand up in front of these baby food companies and tell them what’s happened to their family because the industry decided that profit margins matter more than their son.”

To learn more about this case, please read our blog.

Baum Hedlund is an award-winning plaintiff’s firm that represents more than 1,000 American families with cases against several leading baby food brands. After earning some of the largest personal injury and wrongful death verdicts and settlements in recent history, the firm’s attorneys have earned worldwide acclaim for groundbreaking legal work. Some recent successes include three Roundup cancer trials against Monsanto that culminated in jury verdicts worth a combined $2.42 billion. Baum Hedlund attorneys Pedram Esfandiary and R. Brent Wisner served on the trial teams in all three cases, with Wisner serving as co-lead counsel in two of the three.

The firm’s groundbreaking legal victories have earned major awards and recognition, including Law360’s Regional Powerhouse award and the Product Liability Practice Group of the Year. The National Law Journal has twice awarded the firm with Elite Trial Lawyers Trial Team of the Year and inducted them into the Verdicts Hall of Fame. Baum Hedlund is also listed in U.S. News – Best Lawyers® “Best Law Firms” and has maintained an AV® preeminent peer-review rating by Martindale-Hubbell for decades.

Since opening its doors in 1973, the firm has won more than $4 billion in verdicts and settlements for clients across all practice areas.