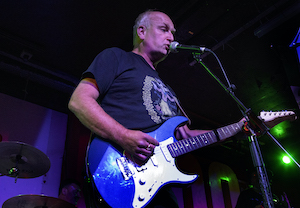 The band who have been releasing albums of just 30 second songs since 2015 to highlight the lack of fair royalties from Spotify and other streaming services are set to release their final album called Vegetal Digital – of which there will be only one digital copy for sale for £1 million.

The band will then use this money to fund their own rival streaming platform which will pay artists and songwriters a minimum of 1p per stream (which is 500 times the rate that the band currently receive from Spotify which is £.002).

This will be the band’s 76th and final album to be recorded and will consist of 10 new songs (not 30 seconds long!), and one copy only to be sold digitally along with the artwork on September 1st 2022 for £1 million.

The album will also come with its own film footage of the making of the album, hi-res photos from the behind the scenes footage and all the lyrics with their own artwork. The band will also record a special personalised message for the owner. This will all come in a wooden personalised flash drive.

Since their immaculate misconception back in 1998 the band are now recognised by Guinness World Records for being the most prolific band of the digital age:

One Main Financial: How to Target Your Debts When You Have Extra Money

One Main Financial: How can I pay off an installment loan?