How Does Social Media Affect Teenagers? 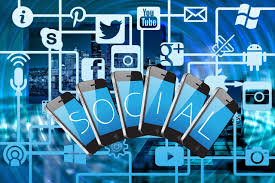 The advent and subsequent phenomenal rise of social media has led the world to benefit from its existence. Nearly every discipline benefits from social platforms: from attending online classes and meeting on Microsoft Teams to utilizing Reddit for social marketing, these platforms have proven their worth in usability and remain at the forefront of technological and social developments. However, there is also a dark side associated with the use, or rather overuse of social media. The offenders and victims? Teenagers. So, we get to the question on the mind of every parents and Christian’s group: how does social media affect teenagers?

First things first. While the debate between positive and negative may rage on, the general consensus among researchers and others is that teenagers are pretty gullible and are easily affected by the internet and social media. The effects, obviously, vary on a multitude of factors, one of the main being exposure and how much time does a teenager spend on social media sites. As a general rule of thumb, suggesting that an excess of anything is bad, over-exposure to the internet and social media is no different, as it effects the teenager physically, mentally and socially. And these effects are generally negative, with researchers suggesting that a time cap be enforced when it comes to internet and children or teenagers.

Also Read: What Are the Benefits of Investing in The Best Technology? Step into The Future

The rise of internet and social media has bought with it the rise of the ‘celebrity culture’ and the influencer market. These two terms are pretty self-explanatory. A celebrity is a leading light in any social setting; the category does not only pertain to actors or people with high-cheekbones, it also includes people with a high social standing. Influencers, however, are a more recent concoction of the internet’s need to find marketing solutions: they are people with a substantial following on the internet who can subsequently alter and influence people’s decisions and choices. But how do these social media phenomena affect teenagers?

For one, influencers certainly have had a bad record of promoting practices that end up hurting the average social media user (a teenager). They can lower a teenager’s self-esteem by promoting practices that discourage a body type, a mindset or any other aspect of a teen’s persona. Similarly, teenagers are the worst offenders when it comes to the ‘obsession subculture’, an internet culture that involves people, well, obsessing over persons of interest. This has also led to people committing suicides or hurting themselves either to attract attention or simply out of them not bearing the entire situation.

These two phenomena have had their share of influence on teenagers and while there are some good points to it, the majority has been negative and has caused a lot of trouble with the teenager demographic. This has led to parent groups banning these influencers and outspoken celebrities, whose words and actions have time and again caused a number of people to react in a damaging manner.

Social media has positive effects also related to the social stigmatization and individualism. It has helped people meet others online, going through the same challenges, which makes the whole ordeal more bearable. In fact, according to a research, “Social media usage can certainly have positive effects, such as a sense of social connectivity and belonging, personal contentment and self-esteem, emotional expression and control, and identity development.”

In fact, more than half of teens in said research study reported giving and receiving emotional support online. This can be especially important for teens who have an illness, are navigating their LGBTQ+ identity, or dealing with other experiences that might be isolating.

Needless to say, the internet is a big community full of like-minded and compassionate people looking to help individuals going through a stressful or distressing situation. As such, it has proven itself, on occasion, to be more helpful than therapy and other solutions and has also bought people together. It is a big place to get information, meet people and stay anonymous while searching for a solution to the problem. With individualism growing in the society, social media has become the definitive platform for individuals to be unique and one-of-a-kind, defying labels.

Researchers are just beginning to establish a link between depression and social media. While they have not actually discovered a cause and effect relationship between social media and depression, they have discovered that social media use can be associated with an intensification of the symptoms of depression, including a decrease in social activity and an increase in loneliness.

Several additional studies have shown that the prolonged use of social media may be related to the signs and symptoms of depression as well as low self-esteem, especially in children.

Teens often feel emotionally invested in their social media accounts. Not only do they feel pressure to respond quickly online, but they also feel pressure to have perfect photos and well-written posts, all of which can cause a great deal of anxiety. In fact, some studies have found that the larger a teen’s social circle online the more anxiety they feel about keeping up with everything online.

It takes a lot of time and effort to keep up with the unspoken rules and culture of each social media platform. As a result, this puts additional pressure on teens, which can cause feelings of anxiety.

Additionally, if teens commit a faux pas online, this also can be an extreme source of anxiety. Many teens, especially girls, are prone to worry about what others might think of them and how they will respond when they see them next. Then factor in cyberbullying, slut-shaming, and other mean online behaviors and you can see why social media is a very real source of anxiety for many teens.

Sometimes teens spend so many hours on social media that they begin to lose valuable sleep. Consequently, this sleep loss can lead to moodiness, a drop in grades, and overeating, as well as exacerbate existing problems like depression, anxiety, and ADD.

In fact, one British study published in the Journal of Youth Studies surveyed 900 teens between the ages of 12 and 15 about their social media use and its impact on sleep. What they found was that one-fifth of the teens said they “almost always” wake up during the night and log in to social media.

The study also revealed that girls were significantly more likely than boys to wake up and check social media on their phones. In addition to reporting feeling tired all the time, they also reported being less happy on average than teens whose sleep was not disturbed by social media.