Google Pixelbook 12in Review : Here Are All the Details 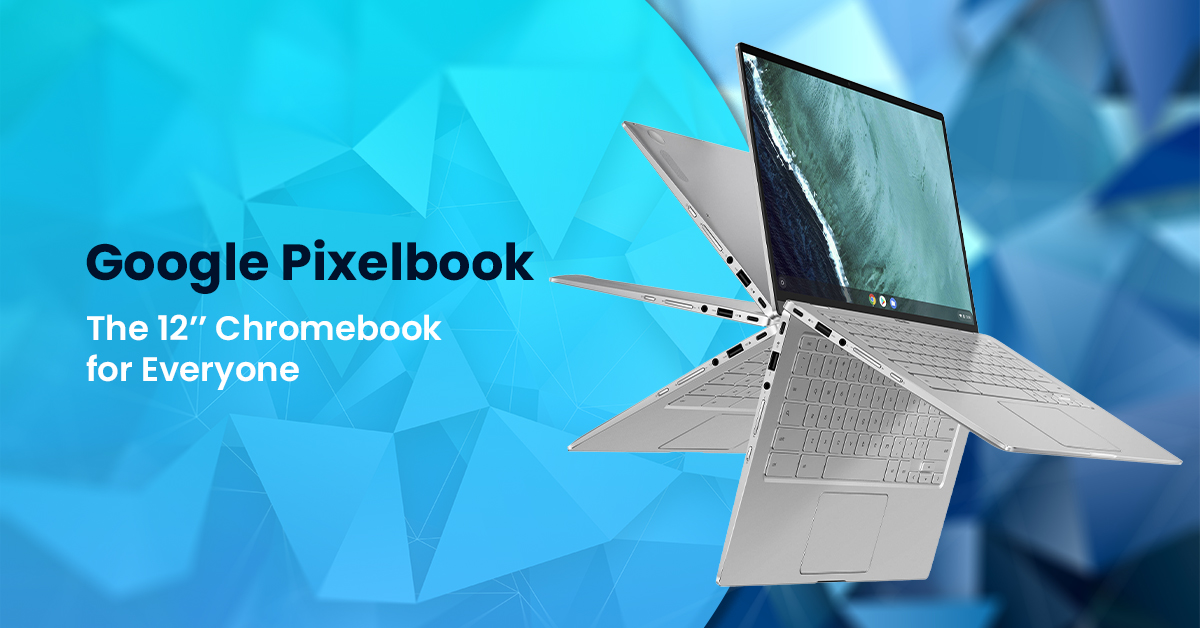 Chromebooks of recent have blown up, both in sales and popularity. Despite their limited functionality (as preached by many from the Windows and Mac side), these Google-run laptops and notebooks have been aimed at the users who want a light, really simple OS that lets them perform everyday tasks minus the loading times, booting times and whatnot that plague Windows or Mac PCs. They run on Chrome OS, which is really nifty and optimized for the laptop, contributing to its high daily usability factor. However, with them being discontinued, you can now get that versatile little device for the low, albeit being a bit used.

The thing to keep in mind here is that the Google Pixelbook is not a viable alternative for things that we’ve come to expect from Windows or Mac. Sure, it has a 7th-Gen Intel i7 processor with 16GBs of RAM and a 512GB SSD, but, as many users will point out, it can still be outplayed by many Windows-operated powerhouses and workstations used to process monumental amounts of data. As explained beforehand, the best and most optimized use of the Pixelbook is home use, watching videos on YouTube, making a quick assignment on Google Docs or making a short presentation on Google Slides. Maybe a little bit of gaming, but certainly not Cyberpunk 2077 on 120FPS, maybe a bit of GTA 5 on 50FPS. That’s how much the Pixelbook is capable of.

Review of the Google Pixelbook 12in

Considering the regular dimensions of a Windows-based notebook, the screen size and general real estate it occupies will always be small, with the point of contention especially being the small screen size; laptops have regularly boasted screens in the 15- or 16-inch category, some even go beyond that with 17- or 18-inch screens with reduced bezels. With a notebook, screen size will always be an issue and the Google Pixel book is no different. The 12-inch Pixel book at time, feels inadequate, especially when you’ve just gotten up from a 55-inch flat screen or a 16-inch laptop at work. However, with the trade-off comes some good news; since the screen is 12-inches only, a higher density ppi (pixels-per-inches) ratio can be seen in notebooks; the Pixel book boasts a ppi count much higher than that of laptops with 16- or 17-inch displays.

Don’t let the small screen discourage you from buying a Pixel book though; the work it is supposed to do is crisp and very colorful on the screen and the YouTube or movie video you will watch on it will be certainly better than most IPS LCD displays. But the main game is in the reviews, and they have been mostly positive, owing to the overall small package of the device and the very good usability of both the hardware and the Chrome OS.

The Pixel book and Its Features

The Pixel book is essentially a new generation of Chromebooks that are vastly more powerful, have better computing abilities and can do various tasks in an instant. However, the Pixel book has been aimed at users who want a more affordable alternative to Windows PC with moderate computing abilities, despite the fact that the base Pixel book rocks a 7th-Gen i7 processor and 16 gigs of RAM. However, this is still not enough for power-intensive tasks, as determined by Google, who themselves say the product is geared for home usage, not enterprise usage. For enterprise, Windows is still the most reliable OS made to date.

Much like Nexus and the Pixel smartphones, the Pixel book is a representation of Google’s OS and hardware process and how users can benefit from a clean, unadulterated version of Android OS or Chrome OS. It is also a breath of fresh air and a welcome change from the Windows 10 and macOS PCs, which seem to populate the vast majority of the PC world.

Let’s start with the specifications first for the google Pixelbook 12in. As we all know, they come with some pretty serious firepower under the bonnet, and heralding the specs list is the Central Processing Unit (CPU), which comes in two different levels: i5 and i7. The standard is 1.3GHz, whereas the i7-specced can be boosted up to 3.9 GHz. The processors are all 7th Gen Intel processors, so there’s a lot of bang to go around for.

Secondly, let’s talk RAM and ROM. Standard sits at 8 gigs of RAM, with 256 gigs of ROM, which in itself is an impressive SSD NVMexpress. However, you can bump it up to the next level; 16 gigs of RAM and 512 gigs of the same speedy NVMexpress SSD. Truly 21st century firepower.

The display is a whopping 31.2cm (12 inches) diagonal IPS liquid crystal display (LCD) screen, which is more than enough for a notebook of this size, stature and price point. The display has upped a notch with Corning Gorilla protection so that drops aren’t going to be an issue. With a resolution of 1920×1080, 166ppi (pixel per inch) density and a 72 percent NTSC color gamut, the Google Pixelbook 12in is a serious contender amongst notebook displays, and movies and Netflix will be an absolute blast to enjoy on the Google Pixelbook 12in.

The Google Pixelbook 12in comes with a lot of extras, despite being a notebook. For starters, yes, it has touchscreen functionality, which works in tandem with the beautiful aluminum chassis, with a 360-degree flip design, that activates the multi-touch functionality, essentially giving you a tablet computer with a nifty little keyboard. Plus, you can leave the misery for having your hinges give out every couple of flips because the advanced hinge design and the lightweight build really set it up with unlimited flips for its entire consumer life.

The Pixel book 12in also comes armed with an array of sensors and whatnot. There’s your standard ambient light sensor (for when tablet functionality is active), 3-axis accelerometer, magnetometer and a hall sensor. All come standard with both specifications.

Battery is the one part where the small size of the notebook really starts to bare its flaws. Despite an impressive 10-hour-run-time, fast charging and a singular 41Wh lithium-ion cell, this battery timing might be good in the notebook class, but it feels kind of inadequate once you see full-sized laptops go more than 10 hours on a single charge. Lastly, ports on the Google Pixel book 12 in are aplenty, with 2 USB-C ports and one headphone/ microphone 3.5mm multipurpose jack.

The Google Pixelbook 12inch comes in a variety of specs, all of which sport the newest and the most powerful processor from Intel’s range of i5 and i7 processors and SSDs, which are far better and faster than regular HDD that were the technology of yesterday. Some salient features of the Google Pixel book are,

As mentioned beforehand, the Pixel book is a budget-friendly alternative to Windows or Macs that routinely exceed $1500 or $2000. The Pixel book offers the same kind of hardware at a very affordable price range and with Google’s instalment plan, the Pixel book can be yours for as low as $27 a month. The pricing options are as follows,

The Google Pixelbook 12 in a Nutshell

To cut this long story short, the Google Pixelbook 12in is the ultimate in cost-efficient laptops. It certainly may have its advantages and its fair share of disadvantages, of which the latter are very loudly pointed out by the Windows and Mac people, but the fact stays the same. For home use, where you don’t need a humongous amount of processing or graphical processing power and you priorities ease of use and battery, the Pixel book is surprisingly reliable and cheap. It makes other PCs feel a bit outdated when you consider its beautiful shape and good quality construction materials.

Foremost in the mind of the buyer in the market for a notebook will be the question:

What Makes the Google Pixelbook 12in Better Than the MacBook Air?

And the answer to that is simple: cost-efficiency. With the MacBook, you spend twice (starting at $999) and get less usability. Plus, Google Pixel books come standard with a lot of features that MacBook’s are generally bereft of.

The simple answer is, yes, you can. Pixel books are optimized for creativity and official use, and therefore, many will come preloaded with Microsoft Office. Even if you don’t feel like using Office, Google’s Slides, Docs and Sheets are perfectly compatible with the formats used by its Microsoft-branded counterparts.

What Operating System Do the Pixel books Use?

Pixel books run on Chrome OS, which is Google’s foray into the PC software market. Fast, quirky, intuitive and easy-to-use, Chrome OS is something that people can get very adept at very quick, owing to its beautiful and user-friendly design.