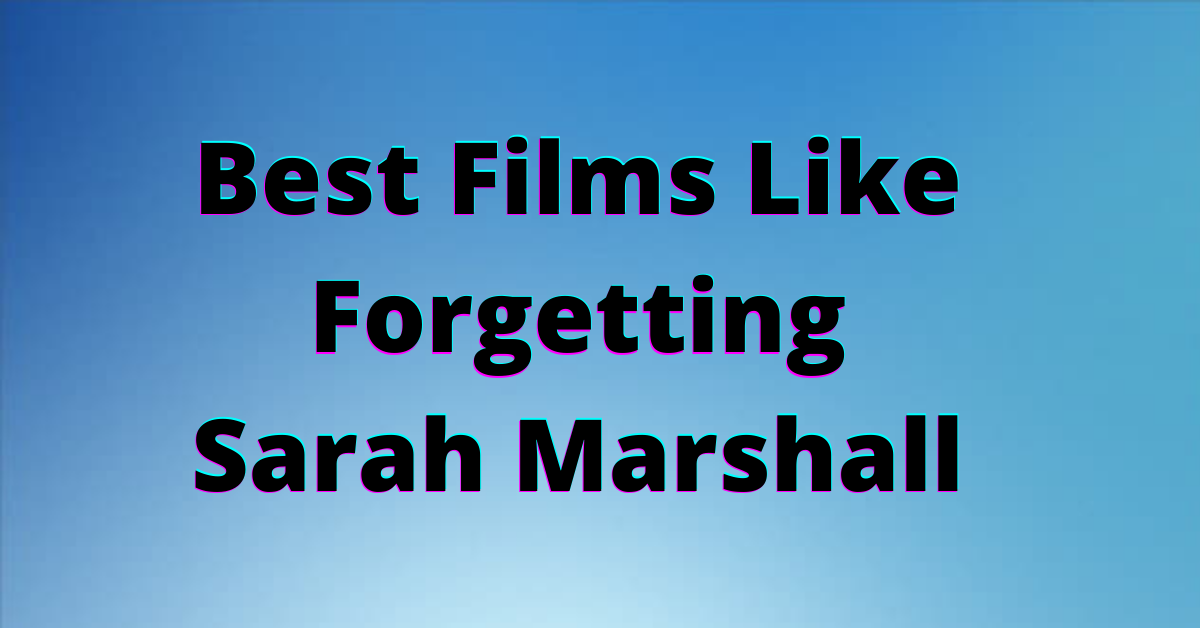 Sporting a cast including Jason Segel, Mila Kunis, Russell Brand, and Kristen Bell, Forgetting Sarah Marshall brings some crass but lovable humor to the table, all the while blending it with a romantic story where the lead man falls for a woman after a traumatic incident, usually involving the past romantic interest of the lead man.

The story for the movie itself is pretty straightforward, as all rom-coms go (at least of recent times). It follows Peter Bretter, a writer for the movie’s CSI equivalent, who is in a relationship with the female lead who is, you guessed right: Sarah Marshall. After the two break up and Peter is left devastated, he goes to a resort in Hawaii to recuperate, but it turns south once he learns that Marshall and her new English rock star boyfriend Aldous are also there. He subsequently starts a relationship with Rachel, the receptionist at the resort.

What follows is Rachel and Peter fall deeper in love, whereas Sarah’s relationship with Aldous suffers a breakdown. Despite Sarah wanting to come back to Peter, he realizes he still wants to be with Rachel and flees from the scene, telling Rachel the escapade he and Sarah nearly had. They inadvertently break up, and Peter goes back home, working on a screenplay from before. He sends Rachel the tickets and she shows up unexpectedly, surprising him. The movie ends when Rachel finds Peter the same Sarah found him when they broke up: naked. The movie is pretty fun and we can see why it ended up earning $105 million.

Featuring Seth Rogen and Katherine Heigl, Knocked Up is yet another Apatow-classic, full of stoner references, lots of lewd stuff and bromances between Rogen, Paul Rudd and Jason Segel. The film follows two unlikely people as they hook up one night; Rogen’s character is a slacker, whereas Heigl’s character is a well-to-do, responsible media person, a polar opposite of Ben.

However, after their one-night stand, Alison (Heigl) discovers that she is pregnant with Ben’s baby, and after arguing for a while, she decides to keep the baby, but laments Ben for being irresponsible. Ben, after seeing Alison’s brother-in-law also get treated the same, mends his ways and steps up, gets a job and becomes a better person overall. At the end of the movie, we see Alison going into labour and Ben standing up for her. After the birth, they both try to make the relationship work. A campy, funny and romantic film like Forgetting Sarah Marshall.

Love & Other Drugs is another romantic comedy that is highly rated due to its storyline, despite the fact that it is full of some pretty serious PG-18 stuff. Starring Jake Gyllenhaal and Anne Hathaway in the lead roles, it follows a serial womanizer Jamie Randall, who is first fired from his job as a tech store manager. After landing a job as a pharmaceutical sales rep, he starts going to clinics in his locality, flirting and seducing nurses and doctors, until he meets Maggie, a patient of early-onset Parkinson’s.

After going on a date with her, she initially dismisses him as a superficial man, but after a wild gesture on Jamie’s part convinces Maggie, she accepts and gets into the relationship. However, things soon take a turn for the worst after Maggie realizes that Jamie is only with her until she is cured of the disease, prompting her to leave him. Sometime later, they both meet each other, and after confessing their love for each other, Jamie leaves his promotion to stay with her and gets into a medical school. A good movie.

Also Read: 10 Best Movies Like The Wild Child You Can’t-Miss

Starring the comedic gift who is Steve Carell, The 40-Year-Old-Virgin is a title that in itself is as much laughter-inducing as the movie is. The title is pretty self-explanatory; Carell’s character Andy is 40 years old and is not married, does not have a girlfriend, leading to a single conclusion: he is a virgin, which his co-workers shockingly discover after poker chat turns into conquests chat.

The film then follows his three friends and co-workers as they try to help Andy in their own ways; one offers him some graphic material to pleasure himself too, whereas another one asks him to be confident, cool and go to a bar to pick up chicks. He eventually meets Trish, a customer at the store he works him, and while initially, it becomes difficult for him to get her to bed, at the end of the movie, Andy eventually marries Trish and beds her. The movie is hilarious, as is the concept itself. A good film like Forgetting Sarah Marshall.

A chick flick, Bridesmaids is the typical story where women get together, get jealous, get stupid and then eventually makeup. This time, with Kristen Wiig, Maya Rudolph, and Rose Byrne, the movie tells the story of a group of women planning a wedding for their friend (Rudolph). At one side is Annie (Wiig’s character) and at the other end of the spectrum is Helen (Byrne’s character).

Annie suggests a simple ceremony, whereas Helen suggests a bachelorette party in Vegas, which is cut short due to the bride’s fear of flying. It is where Annie meets Nathan and begins a relationship with him, eventually breaking up. The party does not take off as the bride goes missing, and after Helen confesses to Wiig over her insecurities, they both enlist the help of Nathan to track her down. Once she is found, they go ahead with the wedding, and Helen, seeing Nathan and Annie together, arranges for them to go together. The movie ends with both of them riding in Nathan’s patrol car. A good, fun movie like Forgetting Sarah Marshall, albeit this one is a chick flick.