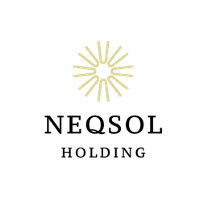 A decision in the case of ‘Nasib Hasanov v. Georgia’ is issued by the ICSID tribunal.

The ICSID Arbitration Tribunal had reached a new decision on provisional measures. This followed the tribunal’s April 19, 2022, decision, which dismissed the Georgian government’s jurisdictional objections. Due to this decision, the case is moving to a full hearing of damages and compensation.

Baku, Azerbaijan, JULY 14, 2022 – A tribunal established by the World Bank’s International Centre for the Settlement of Investment Disputes (ICSID) issued on June 14th a decision (ICSID Case No. ARB/20/44), in which it issued a decision on provisional measures. This decision followed the tribunal’s April 19 decision, in which it dismissed the Georgian government’s Inter-State Negotiation objection and de facto acknowledged Mr. Nasib Hasanov’s claims.

The Claimant will continue pressing his case before the ICSID Tribunal. The tribunal informed both parties that the next phase will focus on compensation for damages inflicted by the respondent’s actions.

The parties have agreed on transparency principles, under which ICSID will publish the order on its website.

The international arbitration process was initiated by Mr. Hasanov in October 2020. The Claimant’s decision to seek protection against the Georgian government was prompted by the latter’s actions on Caucasus Online, all of which began in 2019, several months after the Claimant had indirectly acquired shares in the ultimate parent company of Caucasus Online.

The new owner aimed to integrate Caucasus Online into the “Digital Silk Way” project, led by NEQSOL Holding – an international FO transit system, connecting EU countries to Central Asia via Georgia, Azerbaijan, and the Caspian Sea. The GNCC took measures against the change in indirect ownership of Caucasus Online, and the Georgian government pushed through amendments to the Communications Law so that the GNCC could appoint an external administrator with unlimited authority over Caucasus Online. The mentioned amendments to the law were questioned by the Council of Europe’s Venice Commission, which called on the Georgian government to carry out a full reexamination.

Although the tribunal has not come to an end, NEQSOL Holding maintains its hope that the Georgian Government will reverse its position and participate amicably in the development of a communications network beneficial to all parties.