52TOYS, a collectible toys brand founded in 2015, has designed a number of production lines including blind box, figures, deformation toys, action figures, designer & artist toys and board games, wining a high renown of “strong product innovation” in the industry.

The founder and CEO of 52TOYS, Chen Wei, said “the future targets of 52TOYS are to be the first brand of collectible toys and strive to get listed on the stock market within 1-2 years. As the scope of collectible toys is much larger than art toys, only the diversification of products can meet the need of the large-scale of 100 billion RMB market.” Chen Wei thinks collectible toys has a large scope and is not limited to art toys. Other diversified categories such as garage kit, action figures, assembled models, GK and statues are also included. “You had better pay more attention to the action of collecting, which means everything you want to collect as toys can be defined as collectible toys.”

Since its establishment, 52TOYS had designed the collectible toys as the brand positioning. But at that time, the concept of collectible toys can’t be understood by the market. Even there were few people having an acquaintance of IP derivatives, which took some time for the market to know it. The year of 2018 can be called the first year of the development of 52TOYS as the company took off in that year. It was in that year that the financing in derivatives market had reached peak. As 52TOYS was already one of the few experienced companies that established a relatively complete business closed loop, it had closed its Series A financing of RMB 100 million in March 2018, ranking the highest single financing amount in the domestic IP derivatives industry at that time. As a result, the company was so popular for investors that became “star target” for a while.

Besides, in the same year, 52TOYS proposed its own original IP “MODERN ANCIENT” series which made profits in the cultural and tourism markets. In terms of cooperative IP, it built a partnership with many international top IPs, including Marvel, Transformers, Alien, Gaeta Robot, Chibi Maruko-chan, Crayon Shin-chan and so on. 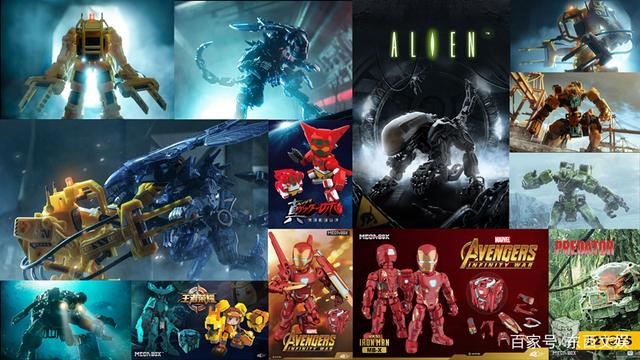 In Chen Wei’s view, 52TOYS’ products have their own brand features and even every series has its own characteristics. How to keep products’ core competitiveness? The first thing is to be in a series to maintain a longer life cycle. The second thing is to be creative. Even if the product is another company’s IP derivatives, it should be the most creative product to surmount others.

At this stage, the main pattern of IPs in the market is role IPs whose contents come out first and then IP derivatives. However, the original IP“BEASTBOX”series featured by 52TOYS adopts the concept of “content IPs”, which means using products’ unique design to get recognized at first and then developing content and, at last to form a system and get a long life cycle.

52TOYS has formed its own system to strength products’ advantages, called “721 Rule” by CEO Chen Wei, means 70% of the energy is used for catering to the need of products’ market development, 20% is to reserve forward-looking design capacity for the next two or three years, the rest 10% is used for satisfying designers’ unrestrained imagination and creativity so as to keep the innovation of 52TOYS.

After closing its Series B financing in the middle of last year, 52TOYS embarked on upgrading its brand. In addition to updating its logo, the company got down to prepare its offline stores as its biggest move, which had reached five by the end of May, located in Beijing, Shanghai, Chongqing and other places.

For external arrangement, the layout of offline stores means 52TOYS has stepped into the key node of development. It is urgent for the company to achieve large-scale operation and direct contact with users through sinking market. In terms of internal structure, the layout of offline stores means that 52TOYS has shifted from the parallel strategies of TO B and TO C to attach more importance to TO C strategy and started to strengthen branding.

In the past, the offline sales strategy of 52TOYS relied on the distribution channels which have over 10,000 contact points. Chen Wei said,” It is these contact points that make the offline sales a little bit higher than online sales.”In the next one year, 52TOYS plans to open 100 direct stores offline and cultivate the offline market deeply.” A new store in Beijing INDIGO mall will be opened soon. 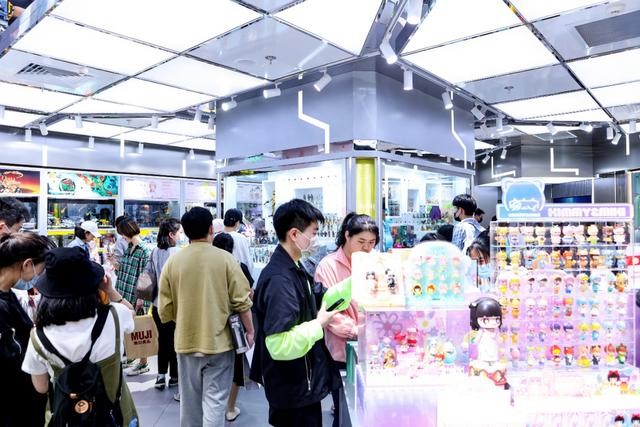