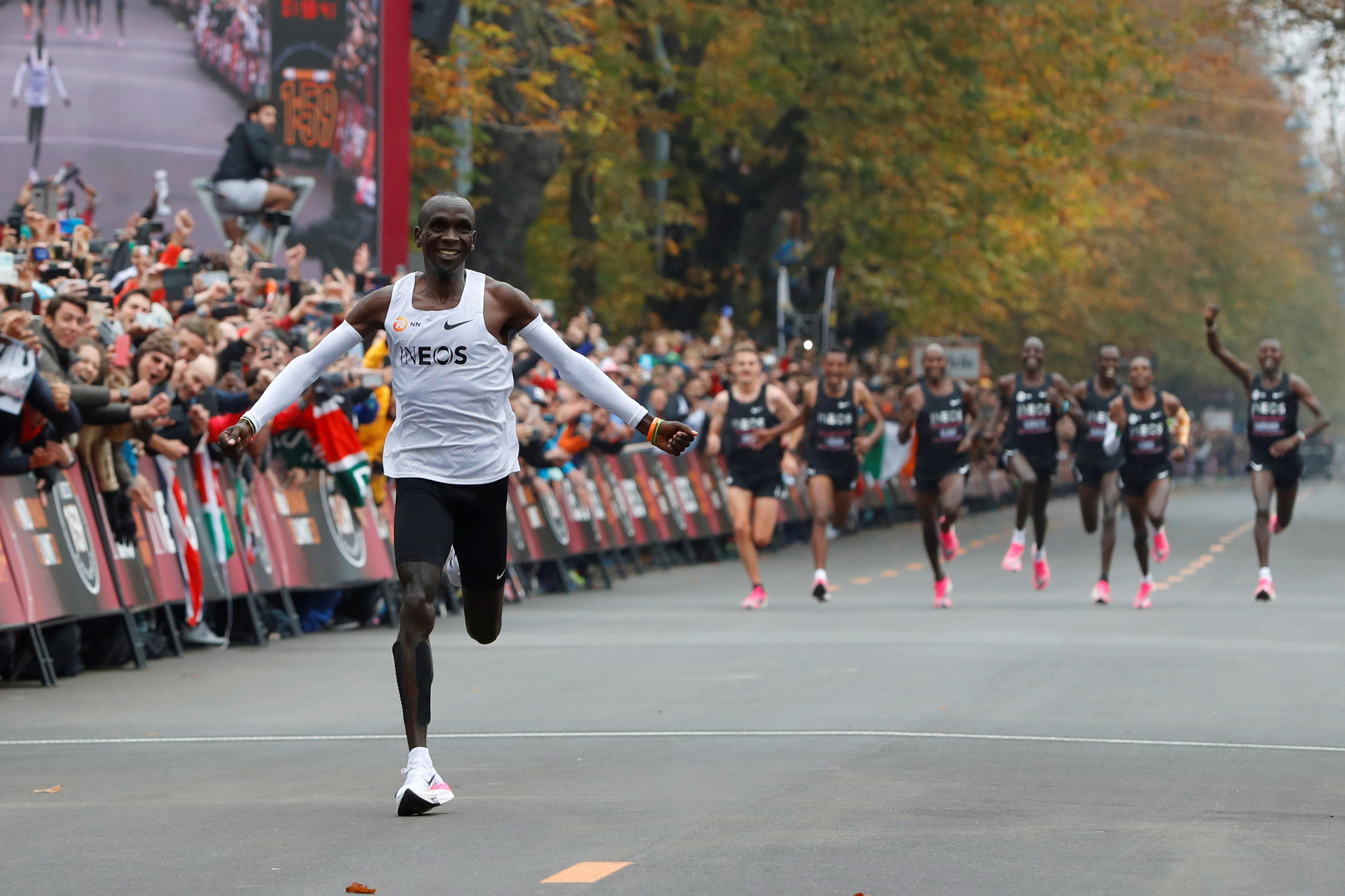 The marathon world record holder shares details about his preparation for the INEOS 1:59 Challenge happening in October.

Among marathoners, there are the best of the best, and then there’s Eliud Kipchoge. Last September, the 2016 Olympic marathon gold medalist from Kenya made history when he won the Berlin Marathon in 2:01:39, shattering the previous world record by a minute and 18 seconds. Then this past April, at age 34, he came back to win the London Marathon in 2:02:37, the second-fastest marathon time ever recorded.

While the IAAF recognized Kipchoge’s Berlin performance as the fastest time ever clocked in the 26.2-mile distance, Kipchoge technically ran faster than that in 2017, when he ran 2:00:25 in a record-ineligible marathon created by Nike’s Breaking2 Project in Monza, Italy. This fall, Kipchoge is again attempting a sub-2:00 marathon in a similar event dubbed the INEOS 1:59 Challenge, which is set to take place in Vienna, Austria, on October 12. (There is an eight-day window up to October 20 where he could make the attempt should the weather not be ideal on October 12.)

Phoning in from his training camp in Kenya on August 14, Kipchoge spoke to Runner’s World and other journalists on a conference call monitored by INEOS about his preparations for the marathon and how he expects this attempt to be different from Monza.

More from SportsMore posts in Sports »